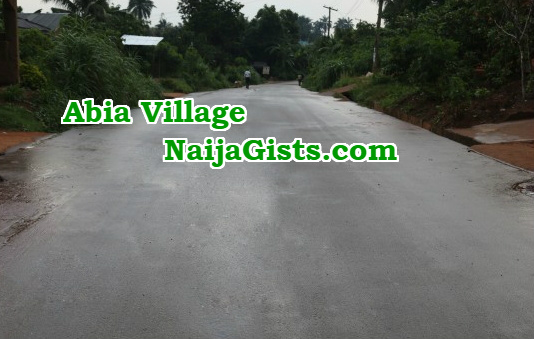 The suspicious murder of a woman and a her co-tenant in Umuala Nsulu village in Isiala Ngwa North area of Abia state is causing safety concern.

One of the deceased, a retired headteacher identified as Mrs Emereole’s mutilated body was found in her room while that of her neighbour was found at the backyard.

The dead bodies of the co-tenants were discovered by Mrs Emereole’s church members who checked on her due to her absence in church.

After knocking her door with no response, members of her church (Faith Tabernacle) forced her door open only to see her lifeless body in a pool of blood.

They later did safety check around the building where they discovered the dead body of her co-tenant on a plantain farm at the backyard.

Residents of the troubled area said several people have gone missing without trace since November.

The case first reported at Isiala Ngwa North police division has been transferred to Umuahia for further investigation.

Umuala Nsulu residents area are of the opinion that some suspected ritualists are operating in the area.

Fatal Accident Kills 8 In Jigawa: Pregnant Woman & 7 Others Crushed To Death At Jahun Roundabout
NNPC Security Guard Kills Bread Seller In Akure While Shooting Into The Air To Scare Away Robbers