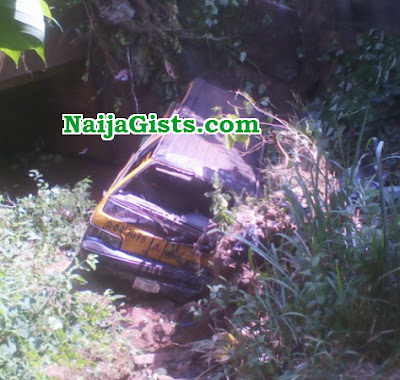 Enugu Police command today confirmed the death of 4 people in a fatal crash along Udi-Oji River on the Enugu-Onitsha old road.

Enugu Police PRO, Ebere Amaraizu, told NAN in Enugu that the incident occurred at about 6:30 a.m.

The corpses of the victims have been taken to mortuary while the injured were taken to Our Saviour Hospital in Ngwo.