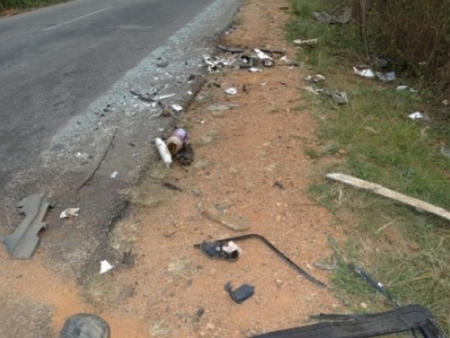 At least 11 people lost their dear lives in a fatal crash that happened along the ever busy Ife-Ondo road yesterday.

According to police sources, the crash was caused by overspeeding and recklessness of a Toyota Camry driver who lost control and slammed into a commercial bus coming from the opposite side of the road around 7:45pm.

The two vehicles caught fire due to the impact of the collision at Oke Igbo near Ifetedo, the boundary town between Ondo and Osun States.

11 people died instantly while 8 others including a toddler were rushed to a Trauma Hospital in Ondo for treatment.

The remains of the victims had been transferred to Ondo General hospital mortuary.