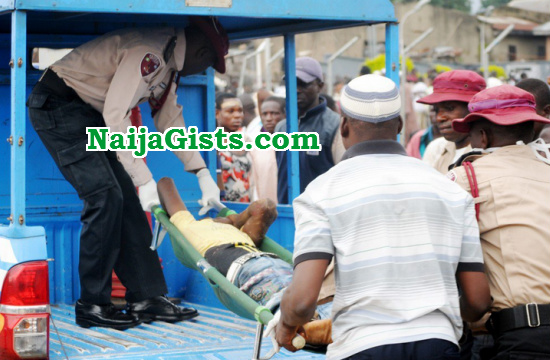 At least 11 people died yesterday when a Toyota bus collided with a trailer in Ilorin around late  General Abdulkareem Adisa farm at Oko Olowo.

11 causalities were recorded inside a commercial bus with plate # GA 52 XA while 8 others suffered serious injuries.

The trailer with # XA939GZA lost control before slamming into the incoming bus.

Sources at the scene said the bus was heading to an unnamed state in  the northern part of the country, while the trailer was said to be coming from Kebbi State to Oyo State when the accident happened.

The tragedy happened around 2 am.