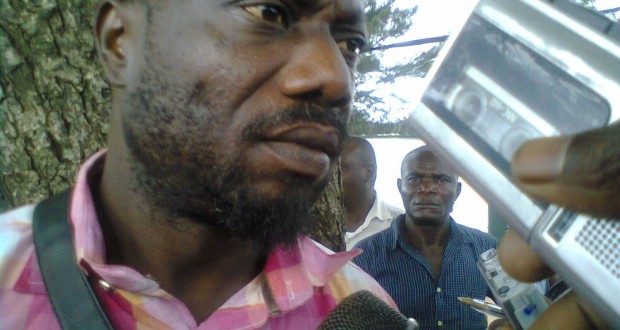 There was drama, yesterday, at Edo State Government House, Benin City, when  the father of the stowaway teenage boy, Daniel Oikhena, who was said to  be bedridden due to illness, surfaced during a meeting between Governor Adams Oshiomhole and the family. 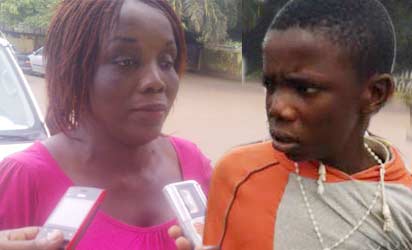 This came as the Department of  State Services, DSS, yesterday, handed over Daniel to the Edo State  Ministry of Women Affairs and Social Development but denied the mother,  Mrs. Evelyn Oikhena, access to her son.

Mr.  Osaigbovo  Oikhena, 44, a driver by profession, told journalists that  contrary to reports that he was sick and bed-ridden, he was living  separately from the family due to a disagreement with his wife.

He said: “I decided to come here today (yesterday) to tell the world that I am the father of Daniel. Initially,  when I heard the news, I thought my son was kidnapped. But my wife said  I should calm down that when everything is okay, she will call me.

My wife refused to  move in with me“I  never dreamt of going to America, I am not married to another woman. My  wife refused to give the DSS my number when they asked for it.

“Arising  from my loss of job, I decided to move to a new apartment where I can afford the rent and told my wife that they should move in with me, but  she refused and continued to stay in the three-bedroom flat on 7,  Ehigiagbe Street, Ekenwan, Benin City.”

Mr Osaigbovo who said he  resides at Siluko Road, noted: “I usually  pay my children’s school fees  and provide feeding money regularly, contrary to claims that I  abandoned my family.”

He  accused the wife of making it look as if he was dead by denying people access to him.

Meanwhile,  De RAUFS, a volunteer group which had indicated interest in the welfare  of Daniel was at Government House, Benin City. Represented by Yinka  Muyiwa, head of legal team, De RAUFS said it came to Edo State to  reaffirm the scholarship it earlier gave the lad to continue his  education up to university level.

DSS releases stowaway kid to Edo govt
The 13-year-old Oikhena has been in the custody of DSS in Lagos before he was released to the Edo State Government, yesterday.

Meanwhile, Mrs. Oikhena, the mother of Daniel, has confirmed the return of her son to Benin. She told newsmen in Benin that she got a call, yesterday, inviting her to the state Ministry of Women of Affairs.

She  said: “I went to the office and was told that my child had been taken  to DSS.  I went there and saw Daniel. They  did not allow me to touch or  greet him, but he was looking good.”

She said after a short session with DSS, she was asked to go and wait at the Ministry of Women Affairs.