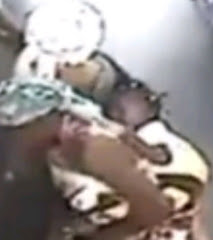 The police have charged the mother of a six-month-old baby, Victoria Kola, with the theft of ladies’ accessories worth N246,550 from a supermarket.

Kola, 30, a resident of Lekki, was arraigned on a one-count charge of stealing before Mrs A.A. Adetunji of an Igbosere Magistrates’ Court, Lagos.

Prosecuting Sergeant Friday Mameh alleged that the defendant committed the offence around 9:45am on May 13, at Prince Ebeano Supermarket along Admiralty Way, Lekki Phase 1.

Other are: four bangles; three hobnobs biscuits, one make-up bag and 14 Italian hair packs, all valued at N246,550, belonging to Prince Ebeano.

According to Mameh, the defendant was identified and caught through footage from closed circuit television (CCTV) cameras installed within the supermarket.

The offence, the prosecutor added, contravened Section 287 of the Criminal Law of Lagos State, 2015.
Kola pleaded not guilty.

Magistrate Adetunji granted her N100,000 bail with two sureties in the like sum, who must show evidence of three years tax payment to the Lagos State Government

She adjourned till May 31.