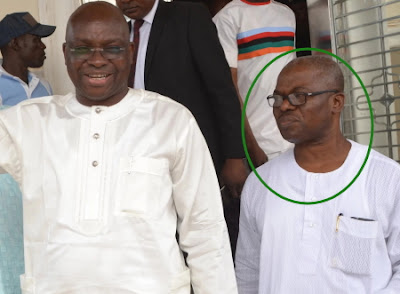 Speaking through the Director-General of his Campaign Organisation (SOCO), Dr. Ife Arowosoge, ​Oni said his rejection of Fayose’s gift was done in the interest of suffering workers and retirees who had not received their pay for many months.

​Fayose explained that the gesture was to show appreciation to the ex-governors for their sacrifices and contributions to the development of the state.

But Oni said giving out brand new SUVs was done at a wrong time, especially when civil servants and pensioners in Ekiti were being owed months of salaries and benefits.

“Although Fayose meant well with the gift, but the question is: why does he have to wait till this time before giving out the cars?

“The former governors are entitled to it. It is their right and privilege; not only the car but even residential houses, even at the Federal Capital. Why then does he have to wait till when he has less than a year to leave the office before recognising them?

“The timing to giving out a jeep of about N52 million at the time state local government workers and pensioners are being owed for several months is what we quarrel with, and not the gift.”