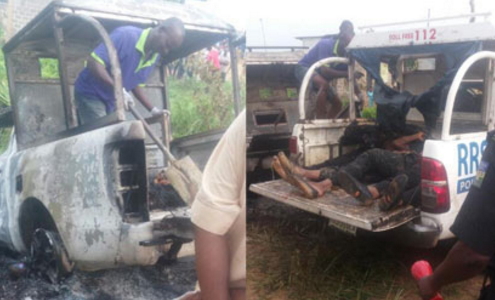 Ishawo area of Ikorodu has turned into a ghost community after Sunday’s killing of 12 people including a soldier and 4 policemen by gunmen who reportedly entered the area through the creek.

Few residents were outside their homes counting their losses as all shops on Ishawo road were locked up.

Bodies of the slain security operatives and an unidentified civilian were said to have been taken to Ikorodu General Hospital for autopsy.

Here is what a resident told reporters yesterday: 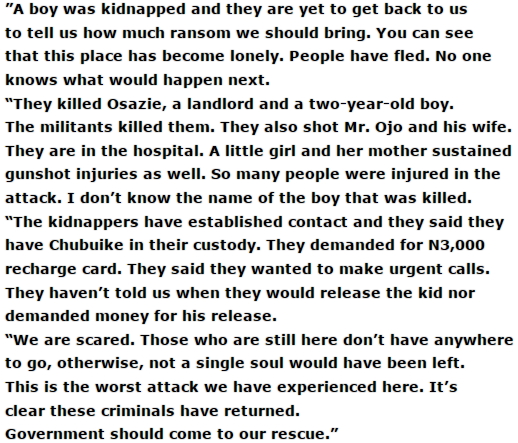 Community leaders yesterday alleged that OPC members in the area issued a warning to residents to relocate their families to avoid collateral damages..

According to a source, the OPC members said they would raid the entire Ikorodu and flush out known militants’ informants.