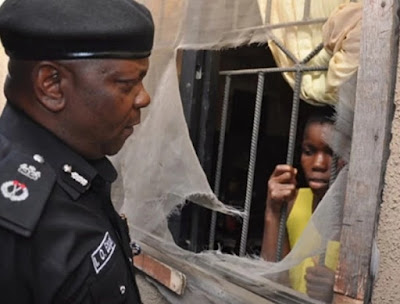 A very wicked woman who locked her 11-year-old maid up in an apartment and travelled to her village to celebrate Christmas with her people has been arrested.

The suspect, Nkechi Nwajagun was arrested on Thursday and appeared in court on Friday where she was charged.

Her victim, Precious Nwafor was rescued on the order of Lagos State Police Commissioner when neighbours reported the case at Makinde Police Station in Oshodi Lagos.

The one bedroom self contained apartment located at 12 Baderin Street was forced opened on the order of Lagos State Police Commissioner, Edgal Imohimi.

Miss Precious was immediately taken to the Human Rights Section of the Lagos State Command Headquarter in Ikeja. 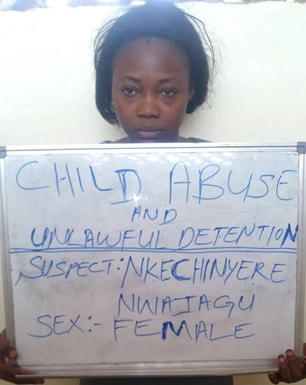 Her boss who was arrested in her village in Anambra state on Thursday was brought to court on Friday where she was charged with child abuse and unlawful detention.