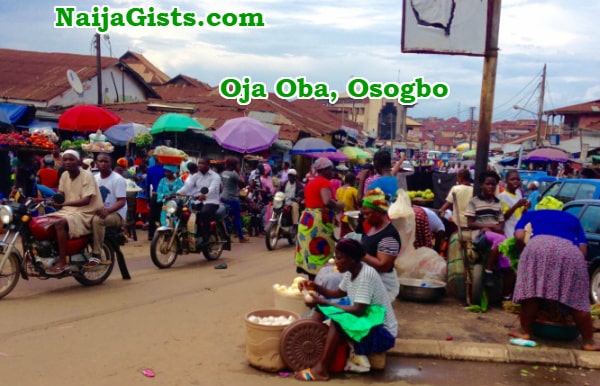 Oloosaoko compound of Oja- Oba area of Osogbo, Osun State resident on Thursday terday wept uncontrollably when bodies of a female police officer and two others were discovered in their rented apartment. At press time, what caused their deaths was still not known as sympathisers could not give a clue. One of the residents, who gave the name of the policewoman as Mary Samuel, told our correspondent that they suddenly discovered the bodies after being alerted by the cries of a baby of one of the deceased. According to him, it was the persistent cries of the baby that woke residents of the area.

The people ran to the apartment to find out what could have made the baby to cry. They later discovered that the baby’s parents had died. He said: “When I heard the persistent cries of the baby in the flat, in attempt to call the parents’ attention to the baby, I knocked persistently at the door.

When it appeared there was nobody in the house, I had to look into the room through the window and saw a woman who appeared to be in deep sleep on the floor. “I then raised the alarm. We tried to open the door but when it did not open, we forced it open and found ‘Aunty’ Mary half-naked with a torch in her hand, sitting lifelessly on a chair. “We quickly alerted the police. When the police came, it was discovered that out of the five occupants of the flat, three, among them Aunty Mary, were dead while her sister, who appeared to still be alive, was rushed to the hospital.

“The baby, however, appeared to be hale and hearty. One of us backed him while the evacuation was ongoing.” The remains of the victims were deposited at the mortuary of the Ladoke Akintola University of Technology Teaching Hospital (LAUTECH), Osogbo.