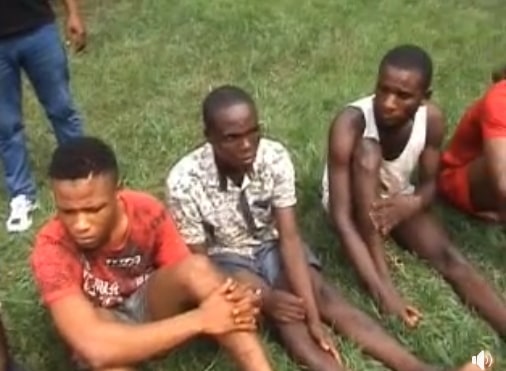 Uromi most wanted kidnapper, Boy J was today shot dead by police in a thick forest in the state.

According to reports, after kidnapping their victim, the gunmen took him to a forest in Uromi area of the state where they contacted his family for payment of ransom.

Police officers mobilised themselves after they got wind of the situation and stormed the forest in search of the kidnappers and victim.

The kidnappers allegedly opened fire on the police operatives after sighting them in the forest.

A kidnap kingpin was killed in the shootout and the victim rescued.

Also, about 38 suspects alleged to have been involved in various criminal activities have been arrested and were paraded today by the police in Edo state.