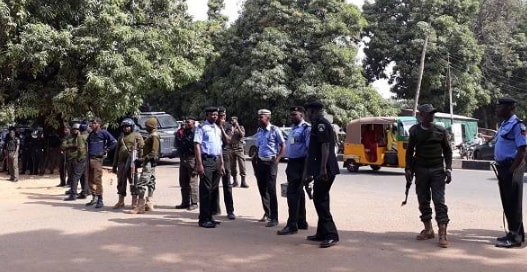 The 45-year-old victim, who was identified as Femi Adesote, was said to be coming from Abuja with some members of his family when the hoodlums stopped their vehicle on the Kabba-Ikare Expressway and abducted him.

A source said the victim was traveling to Alade Idanre in Ondo State from Abuja in a BMW car with registration no ABJ RSH 862 DV, with his aged father and his younger sister when the kidnapper struck and took him away to an unknown destination.

The Divisional Police Officer of Ikare Division, Mr Adeniyi Agboola, who confirmed the incident said he had mobilised his men to comb the Auga bush with other security operatives to rescue the victims and arrest the perpetrators.

Similarly, the police Area Commander for Ikare Akoko, Mr. Razak Rauf, expressed assurance that the victim would be rescued and the criminal elements would be flushed out of Auga forest

Commenting on the incident, the monarch of Auga Akoko, Oba samuel Agunloye whose wife and the driver were kidnaped last year, called on police to have a police station at Auga. He also appealed to the army to locate their checkpoint on the expressway at the community.

Meanwhile, as of the time of filing this report, the whereabouts of the victim was still unknown and it was learnt that the abductors had not contacted the victim’s family.