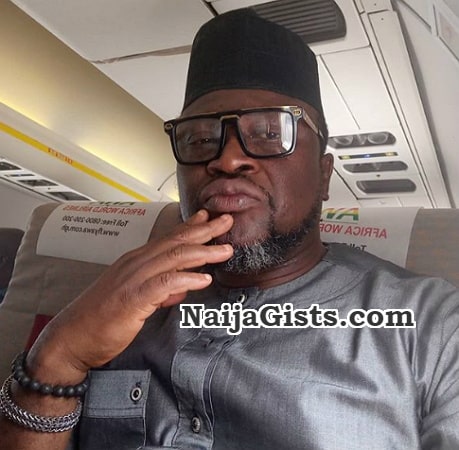 Femi Branch: My Net Worth Not $6 Million…Showbiz Largely Driven By Perception

Top actor Femi Branch has revealed how his father almost disowned him when he suddenly decided to become an actor.

While chatting with The Beats, the actor said acting was not as popular back in the days.

How My Father Almost Disowned Me – Femi Branch

“It was a serious matter for me at home when I decided to study theatre arts because my father always wanted a lawyer. It was so bad that he had to go back to the University of Ibadan to take a diploma course in law; he really wanted one of his children to become a lawyer but I could not have been bothered.

“For him, it was a disappointment and he almost did not contact me for about two years. Our fight was settled when I did a commercial for MTN. I was not in Lagos and we had not spoken for a long time before that and out of the blue, I got a call from my dad; he was asking me how I was doing. He said that he saw the advertisement and congratulated me on it.

“I called my mother later and she was the one that told me that one of my father’s friends had seen the billboard and called his attention to it. He went there to check. It was not easy but I am thankful for the fact that they were later glad that I took the decision that I did,” he said.

On why fans rate celebrities more than their worth, the actor said;

“The interesting thing about the work we do is that it is showbiz; it is driven largely by perception.

People just look at us, they see the glitz and glamour and believe that we are worth a certain amount of money; let us not even talk about the musicians that exaggerate their net worth.

In our profession, because of the nature of our vocation, there is the tendency for people to ascribe more to you than you are worth; I pray to be worth $6m.”

Continue Reading
You may also like...
Related Topics:femi branch, net worth