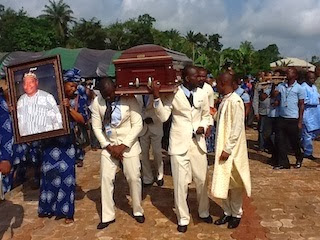 The former ASUU president who died few weeks ago on his way to a meeting aimed at ending the prolonged ASUU strike has been buried.

Prof Iyayi was peacefully laid to rest at his home town of Eguare-Ugbegun in Esan Central LGA of Edo State on Saturday the 7th of December 2013.

Despite plea from Professor Wole Soyinka to carry out an autopsy, we learnt the deceased  was buried without an autopsy.

Check out more photos from Festus Iyayi’s burial ceremony below: 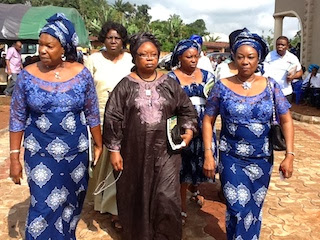 Festus Iyayi’s widow in the middle 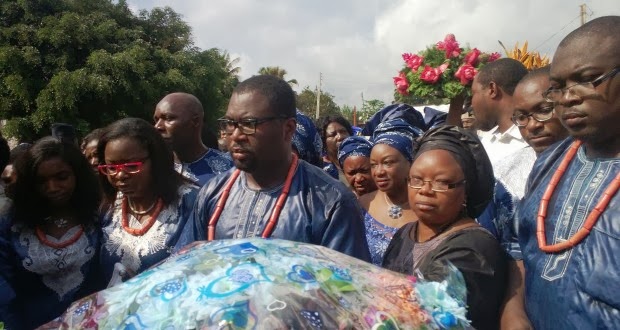