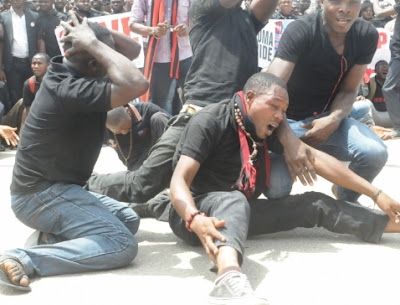 They attacked Darka Village on Sunday, November 13 when a 28-year old man, Zakariyya Nuhu, was killed Six people were kidnapped

A neigbouring village of Huni-Gade was also attacked last Thursday. Four persons were abducted.
Again, last Saturday, the same Darka village was reportedly attached by the same armed men, killing two people and injuring two others. Four people were also believed to have been kidnapped. The two villages under siege are in Kuje Area Council Area.

Spokesperson of the Coalition of FCT Indigenous Associations, Mr. Yunusa Ahmadu Yusuf, said he was still in the affected community as at Press time. However, he said: “There was a fresh attack in the village. The terrorists have even threatened to return if they were not given N150 million by the villagers as ransom. I am in the village with some other people. FCT Police Command has deployed some security agents in the affected communities.

“We wrote a petition to the Inspector-General of Police (IGP). On Saturday, four additional people were kidnapped by the suspected terrorists. The name of the village is Darka.

“During the attack, two people were killed in the process. One of them died instantly. The other died later in the hospital from bullet wounds. There are three other people in the hospital who were shot and are receiving treatments.

“We suspect that these people are Boko Haram members. The kind of sophisticated weapons will scare you. This is the fourth attack happening in the area in two months.
“They were initially asking for N150 million. The people begged and they have reduced the ransom to be paid on the first set of kidnapped people to N2 million.

Meanwhile, Minister of FCT, Muhammad Bello, has called for calm, saying security agencies were on top of the situation.
The minister promised of more security after an emergency security meeting with some of the stakeholders of the affected communities in Kuje.

Bello said the assurance was necessary because the FCT Administration and the security agencies have been following the development in the communities and have put measures in place to tackle the problem headlong.