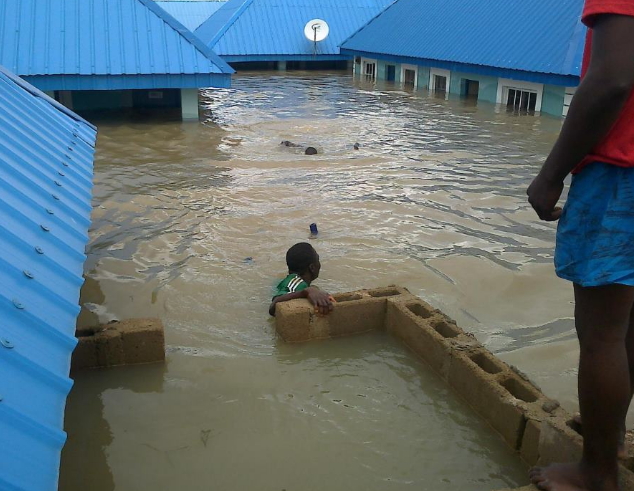 Heavy rainfall which lasted for more than 4 hours on Sunday rendered many homeless in Makurdi, the capital of Benue state.

Several houses were submerged in a monster flood which covered Wurukum, Idye village and end of Vandeikya Street in the state capital

Schools, hotels, markets and motor parks were taken over by water. 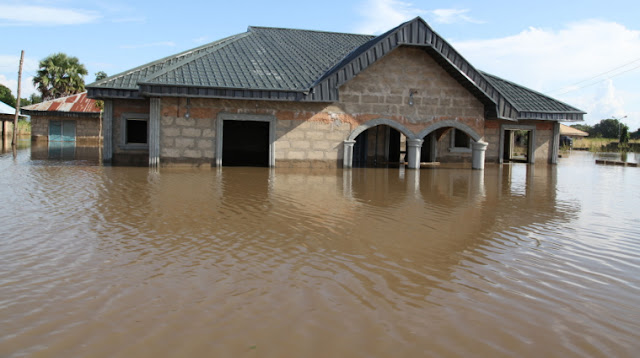 Property worth millions of naira were destroyed at Wurukum market on Makurdi-Gboko Highway. 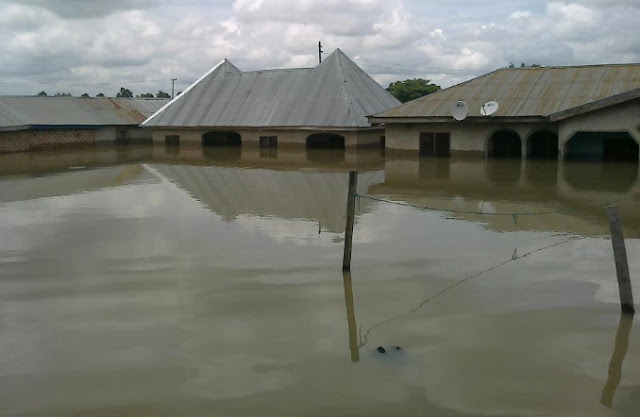 On Sunday worshippers at Living Faith Church waded through flood before they entered the church, as its gate at Wurukum was flooded.

Makurdi residents said they discovered their homes were flooded at night.