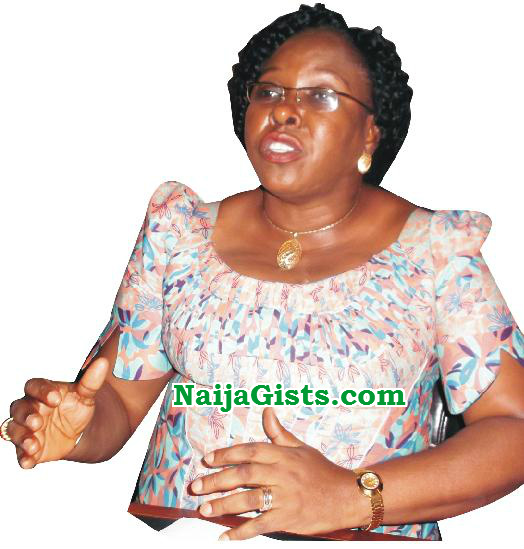 Striking workers of Federal Medical Centre, Owerri have turned the centre into a prayer ministry and deliverance ground in spite of a standing instruction that the workers should go back to work.

Employees of the hospital, clad in black attire, now meet under the dogoyaro tree (within the hospital premises) to sing and call on God to intervene in their matter and sanitize the management of the health institution.

The employees have maintained they will not back to their duty posts until the Medical Director, Dr. Angela Uwakwem, is removed.

It was gathered that the trouble started when the management of the hospital, led by Dr. Angela Uwakwem, introduced the Private-Public- Partnership policy in the hospital.

They said, “We have been working here for years and have passed through many managements. They (past managements) were friendly with us, having cordial working relationships with the staff. But Uwakwem’s administrative style is anti-the poor workers.”

The daily demonstration, which featured a mock casket by workers, started with fasting and prayers about three weeks back.

It was learnt that the managing director of the hospital had been operating from the outside the health institution, a development that made some of the aggrieved workers to conclude that she was on the run.

A nurse (names withheld) said, “My dear journalist, God is really using our colleagues to perform signs and wonders here in FMC.

“I think God is using the present challenges we are facing to bring out their innate talents and gifts, which have not been made manifest by any worker before this crisis.”

She said they decided to go spiritual in the strike tagged ‘Angela Must Go’ because of a revelation that occultic sacrifices were carried out within the premises of the hospital.

Another source told Southern City News that since the workers started fasting and prayers, God had used some colleagues to dig out some of the charms buried in the FMC precinct.

“We positioned ourselves and planned our activities as to accommodate many items. Workers among us have in their great numbers come out to testify to what have been revealed to them in the spirit,” she added.