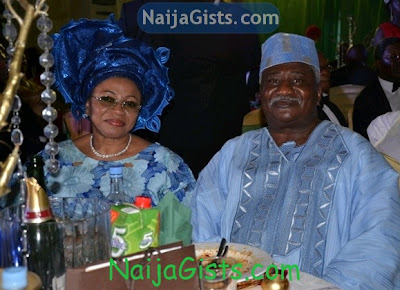 Mrs Folorunsho Alakija, a Nigerian business mogul who became the 2nd richest woman in Africa last year is speaking up for the very first time on her marital challenges.

The mother of 4 said in an interview that her mother-in-law who hails from the Igbo tribe almost wrecked her marriage of many years.

Hear Mrs Alakija in her own words below;

”My husband’s mother was Igbo, while her dad was from the south-west here, and because of this, my mother in-law never wanted a yoruba woman to marry her son.  She was also not comfortable with my muslim background then. She wanted an Igbo daughter-inlaw, but my husband said it’s me or nothing.
It was a tough battle until God finally prevailed….Whenever she wanted something from my husband and was not getting it immediately , she would start attacking me and saying i’m the one stopping her son from doing her biddings. it was also an issue when she asked for a baby girl from me and i could not give her. i have four boys in my marriage….At some point, i was encouraged to fight back by my husband, but i refused and kept praying to God to change her. Despite my mother inlaw’s opposition towards me, i made sure we took her to US and UK on holidays with us severally and kept showering her with unconditional love. My joy is that we settled before she passed on”