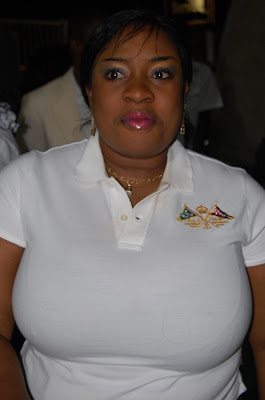 Top Nigerian actress Foluke Daramola who has suffered low-publicist syndrome after she was accused of snatching a Redeemed pastor’s husband last year is seeking a come back. naijagists.com

In a recent interview she granted few days ago, here is what the actress said on her first sexual encounter:

My first introduction to sex was rape. It was with one of our tenants. I got so close to him and saw him as an elder brother. He looked at me as someone that had been exposed because I was busty and he thought I had had a sexual experience before. So he had his way with me. Then it was not something you tell the whole world. People said we should keep quiet about it. Then they tried to make trouble with him but subsequently people said we should keep quiet about it.

We had to try and manage it in our own way even though it affected me for a long time psychologically. I had to gradually get over it. I believed so much in the principle of keeping your virginity till you are married. I started showbiz from Teen TV on DBN with Chichi Okaro. Then I used to be so vocal and when we spoke about pre-marital sex and virginity, I was always so passionate about it. It was such a disadvantage and a pity for me.

Hours after the interview, critics didn’t spare the naturally endowed actress a moment, they claim she is trying to seek public support the wrong way.

She was accused of trying to gain sympathy from people after her reputation has been completely destroyed for allegedly snatching another woman’s husband.

Last year, Mr Olukayode Salako left his wife and kids for the actress for no valid reason.

Foluke Daramola was later accused of using love portion on the man.

The love portion became evident after the man started saying all sorts of things he wouldn’t normally say…..

In an interview Kayode Salako, a legally married father of many children claims he wasn’t aware of his marital bondage until when he met Foluke Daramola.

He even said the single mother of two children is his God-given wife.