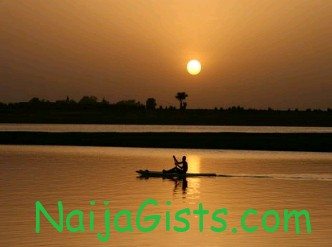 No fewer than 15 unidentified and bloated corpses have been discovered floating on Ezu River in Amansea community, near Awka; a boundary area between Enugu and Anambra states, both in eastern Nigeria.

The Amansea River is a tributary of River Niger and derives its source from Agbuogugu community in Enugu and flows through Orji to Amansea.

The river is also a source of drinking water to the people of Amansea and neighbouring communities.

According to NAN, the corpses were found at about 8 a.m. on Saturday, when villagers went to the river to fetch water for their domestic chores.

The state Commissioner for Local Government Affairs, Mrs Azuka Enemuo, who visited the scene, described the incident as a gory one and a waste of human lives, adding “it is a crime against humanity.’’

“It was a discovery made by the household who normally come down to get water for their domestic chores. It is a horrible site. We have seen about 14 bodies afloat and this is a river at the boundary between Anambra and Enugu states.

“It is obvious that these corpses afloat are from somewhere and I can tell you that we have not seen the last of it or say this is the actual number,” she said.

She said that the government would sink additional boreholes in the area to ameliorate the water challenges of the people who drink and carry out other domestic chores from the river.

“The demand to take water from an existing borehole would be high now. We shall collaborate with the traditional ruler to sink more boreholes to ameliorate the water challenges of the people,” she said.

The commissioner also commended the people of the community for being security conscious and for having confidence and trust in government.

The traditional ruler of the community, Igwe Kenneth Okonkwo, who expressed shock at the development, said that finding an alternative source of potable water for the people had become paramount.

Okonkwo said he would collaborate with security agents to unravel the mysterious incident and work with the state government in providing water for the people.

In separate remarks, the Transition Chairman of the Council Area, Mrs Joy Enweluzor, and the Vice President-General of the community, Mr Maduka Okoye, said that none of the bodies found afloat had been identified as members of the community.

They added that no member of the community had also been reported missing.

Confirming the incident, the state Commissioner of Police, Mr Balla Nasarawa, said investigation had begun to unravel the mystery.

“Our attention was drawn to the incident and we immediately dispatched our men.

“As you can see, we are at the scene and we saw some corpses flowing on the river. I have contacted my colleague in Enugu since we share the boundary; so that we can carry out a high level investigation into the incident.I don’t know the exact number of bodies, but we have seen about 10 to 15 corpses afloat the river,” he said.

Nasarawa, however, denied reports that it was a recurrent incident being carried out by the police, saying this was his first time of getting such a report.

“I don’t think that is true but we shall investigate and keep the public informed after we conclude our investigation,” he said.