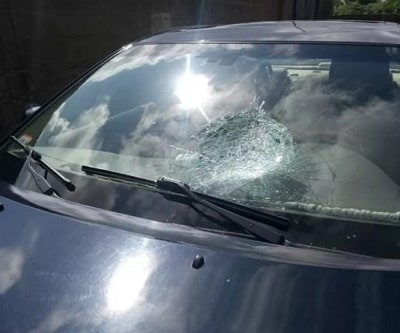 One Mrs Olawumi Adeleye and her stepson, Destiny Paul have been kidnapped near Akure Airport.

The victims were said to have been kidnapped by some Fulani herdsmen in Osi Town, Ondo state on their way from church.

It was gathered that the herdsmen blocked the road with cows, forcing the victims, who were in a Lexus car to stop along the road.

They were thereafter abducted and taken to an unknown destination by the bandits.

A source who pleaded anonymity said:

“Mrs. Adeleye was coming from the church with her boy suddenly the Fulani herdsmen put scores of their cows on the road.

“As the woman was trying to make a U-turn, to escape from the scene, they attacked her and damaged her car and later took her away with the boy.”

However, a family source said after some hours, the kidnappers had contacted the husband of the woman and demanded N10million ransom.

The monarch of Osi town, Oba David Olajide, who confirmed the incident alleged that the two victims were abducted by suspected Fulani herdsmen on their way from the church.

“It happened very close to the Akure Airport, they were kidnapped around 5:20pm yesterday (Sunday evening).”