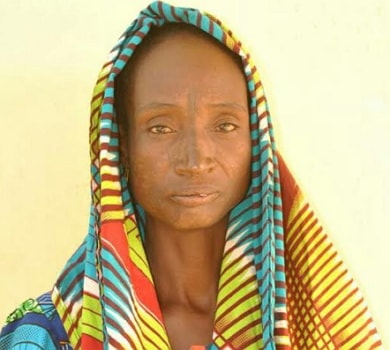 Confession Of Fulani Woman Who Ties, Throws Grand Daughter Into Well After Daughter-In-Law Insults Her

The evil grandma who killed her grand daughter in Niger state recently has been arrested.

The suspect, 55-year-old Aisha Ibrahim allegedly tied her 2-year-old grand daughter with a rope and threw her inside a well after she was left in her care by her parents.

In her confession,  the suspect said she tied her victim with a rope before throwing her inside her house well at Karaya Fulani Camp in Rafi LGA of Niger State.

When pressed further, the evil granny said she has been looking for a way to inflict pain on her daughter in law who is fond of insulting her.

She added that the parents of the child left her in her custody to attend a naming ceremony in a nearby village.

“I instructed my husband to tell our son to divorce his wife, but he did not listen. My daughter-in-law is fond of insulting and assaulting me.

“I felt the only way I could pay her back was to tie her daughter with a rope and throw her inside well to die, so that she would feel the pains and agonies I have been experiencing.

“We lived in peace as one family before my son married her. I have 12 children. All of us live in one compound. She cannot come from nowhere to cause disunity in the family I have suffered for years to keep together as one. It’s unacceptable.”

The killer granny was arrested by police while trying to escape.