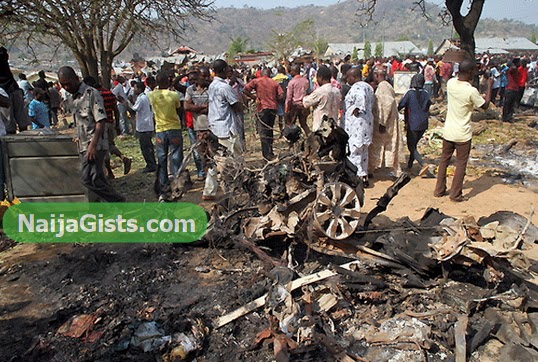 A mandatory curfew has been imposed on Otukpo town by Dr Innocent Onuh, the Area Chairman after a clash between Fulani goat sellers and area residents  in Guma and Otukpo led to the death of 10 people.

According to Vanguard, Otukpo council chairman was forced to impose the movement restrictions in the town following an escalation of the crisis that erupted when some Hausa goat sellers flouted the directive of the council to desist from trading at the town’s central mosque.

The source said: “Their arrest sparked angry reaction from Muslim youths in the area, who felt that their kins were being unduly harassed.

“They resorted to making bonfires directly on the highway, which led to heavy traffic jam on either side of the road that links the north and eastern part of the country.

“After failing to convince the youths to leave the road, Police resorted to shooting into the air to scare them away, which led to a stampede and the death of one Zakari and the injury of eight others.
“Despite spirited efforts to check the crisis, it continued into the night and early hours of Monday (yesterday) leaving four more persons dead and property destroyed.”

When contacted, Onuh confirmed the decision of the council to impose curfew on the ancient town, adding that “security personnel have moved in to restore peace in the affected areas.”
Meantime, at least 10 people may have been killed while many houses have also been burnt down by rampaging Fulani herdsmen at Nzorov and Gbajimba in Guma local government area of the state.

Sources in the communities disclosed that the strike on the communities was a reprisal attack by the herdsmen, who decided to avenge an earlier attack on them by yet to be identified youths of the area.

The source said: “As I speak with you, about 10 persons may have been killed by rampaging herdsmen who have also set several houses ablaze in the communities and are also heading towards the centre of the council headquarters.

“We learnt that the herdsmen vowed they would not allow us celebrate Christmas in our homes.”