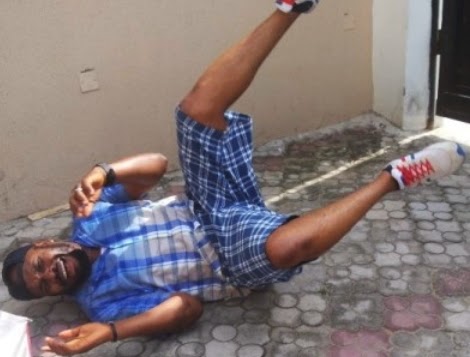 Watch this funny clip of Nigerian comedian Yaw being attacked by an Ogbanje (witch) he picked up somewhere in Lagos.

The beautiful babe in the clip is Destiny Amaka. The video is a promo for Yaw’s upcoming comedy show.