2 men identified as Ademola Adekunle and Okon Bassey have been arrested in Ogun State by the Police in connection with homosexuality.

Bassey and Ademola were arrested following a complaint by Bassey who reported at the Onipanu Divisional Headquarter that Ademola was threatening his life with violence but there was a twist to it when allegation of homosexual practices between the two cropped up.

In a release by the Police Public Relations Officer in the state, Abimbola Oyeyemi, when detectives detailed by the Divisional Police Officer, Onipanu, Sangobiyi Johnson, arrested Ademola last Wednesday, he confessed to being introduced to Bassey by one Mandela for homosexual dating.

Oyeyemi, a Deputy Superintendent of Police (DSP), stated further that Ademola had explained how Bassey promised him N20,000 if he agreed to be his sex partner.

According to Ademola, the said Bassey has had sex with him three times and which had left him bleeding profusely from the anus since, while the agreed N20,000 was not paid him. 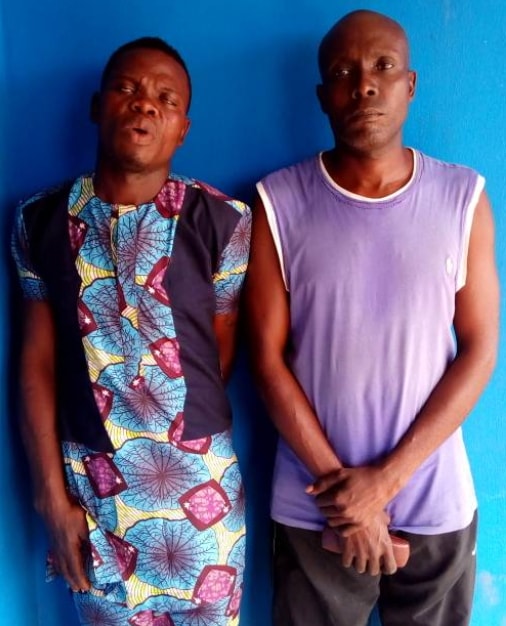 “Upon the confession, the two of them were promptly arrested and detained. Ademola was taken to hospital and medical report confirmed that his anus has been violently tampered with.

“The Commissioner of Police, Ahmed Iliyasu, has given directives for the transfer of the case to the State Criminal Investigation and Intelligence Department for further investigation and possible prosecution,” Oyeyemi stated.