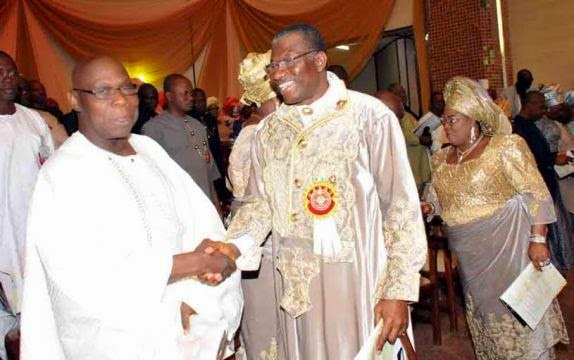 After meeting Obasanjo at the wedding ceremony of his foster daughter, President Goodluck Jonathan has concluded plans to take his campaign team to Abeokuta the capital of Ogun State.

GEJ will today stage a big campaign rally in Abeokuta and visit Obasanjo at his hilltop mansion.

Attending his ‘foster daughter’ wedding has been confused for repentance on the side of Obasanjo. If it were to be a political gathering, would OBJ have attended?

Heee! Money can make people change their mind in a hurry.

Let’s see the outcome of tomorrow’s meeting, perhaps the oracle will change his mind and follow his unrepentant political pikin to rally.