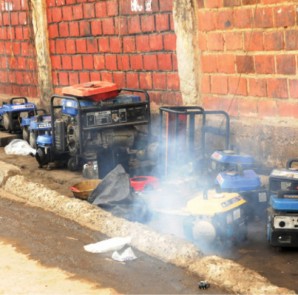 On Sunday morning 5 members of family in Obowo LGA of Imo state died of suspected carbon monoxide (CO) poisoning in their sleep.

The incident happened precisely at Dikenta Avutu area of the state.

3 other victims are currently being treated for CO poisoning in a hospital.

Two other sons of Uwandu and a younger sister are receiving treatment at the Federal Medical Centre, Umuahia, the capital of neighbouring Abia, with the victim’s sister in critical condition.

Uwandu’s brother, Benald, told NAN at Avutu that his brother, who resided in Enugu, came home the previous day with his family. He said the family came home to celebrate with their mother, who was to take the title of Ezinne during the Mothers’ Sunday in the Catholic Church in the town.

Benald said his late brother had put on a power generator on Saturday night following the power failure in the town.

According to him, the deceased switched off the generating set when rain started falling and carried it into the building.

He added that everybody in the compound was shocked when in the morning when they found some of their relatives dead on the floor of the building while others were lying ill.

“This incident is mysterious and we are really devastated by this tragedy,” he added.

Dr John Ihebereme from the state ministry of health, who led a team of officials to investigate the death on Tuesday, warned the people against speculation on the cause.

Ihebereme advised them to wait for a scientific proof of the cause of the incident and assured them that the ministry was committed to carrying out a thorough investigation.

The director of public health in the ministry said that forensic and postmortem tests would be carried on the bodies to ascertain the cause of death.

He urged the Sole Administrator of the local government, Mr Wilson Chukwuocha, to ensure the security of the bodies of the victims, deposited at the Mercy Hospital, Umulugho.

The Police Public Relations Officer in the state, Mrs Joy Elemoko, neither picked her calls nor responded to a short message sent to her phone for confirmation.