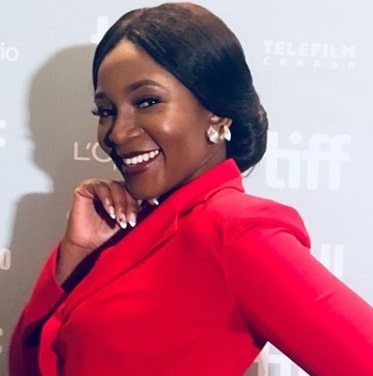 How Genevieve Nnaji Opened The Door When Netflix Came Knocking

Genevieve Nnaji happened on the scene circa 1999 at the peak of Nollywood’s straight to video boom. Her striking good looks and capable acting talent made her a favorite of producers, marketers and audiences. Her journey from flavor of the month – in films like Love Boat and Valentino– to proper leading lady- in titles like Sharon Stone and Power of Love– was almost meteoric and by 2004 she had hit the peak of her popularity.

Nnaji was a pace setter for the industry in terms of the ways she was able to position herself and her brand to attract endorsement deals and patronage from businesses looking to take advantage of Nollywood’s ascendancy. She was also the first actress to win City People Award newly created category for acting and when the Africa Movie Academy Awards (AMAA) was birthed, Nnaji was the inaugural best actress winner.

This rise coincided with the era when marketers controlled the distribution arm of the industry and were able to make and break stars, usually based on the number of times they featured them in their movies. These marketers operated a command and control system where they determined who was hot and who got offered what, and for how much. Genevieve Nnaji alongside other G8 colleagues like Jim Iyke, Omotola Jalade-Ekeinde and Ramsey Nouah were sitting atop the pecking order.

As the demand for Nnaji and other A-listers increased, so also did their salaries- about 1 million Naira a movie. It wasn’t long before the superstars began to outearn what the marketers considered reasonable fare and in 2004, they came together to institute a ban on these ‘’erring’’ actors.

While the ban was in bad faith and was expected to break the spirit of the actors, Nnaji took it as an opportunity to reinvent her career. She tried music- the album One Logologo Line led by lead single, No More– wasn’t quite well received. She turned back to independent producers, kept her fees high and was even more selective about the films she chose to appear in.

While she was away, new stars were born. AY mastered the box office, so did Mo Abudu and Omoni Oboli. A new set of players emerged to master the new distribution format. The change of guard was complete and even the movie marketers who once wielded such power were no longer relevant.

Because of her bankability and recognizability, Nnaji was the natural preference for filmmakers from the diaspora looking to break into Nollywood. Nnaji worked with Mildred Okwo on 30 Days, Obi Emelonye on The Mirror Boy and Tony Abulu on Doctor Bello. With the 2009 courtroom thriller, Ije: The Journey, Nnaji proved herself both a star and a box office sensation.

Directed by Chineze Anyaene as an extension of a film school project, Ije: The Journey capitalized on the sensational pairing of Nnaji with Omotola Jalade-Ekeinde, two huge stars who had previously made magic in films like Blood Sister and Games Women Play. Ije: The Journey rode ecstatic reviews and lots of good press to a then record box office total of about 60 million Naira, a huge deal considering at the time, there were only a handful of cinemas available for screenings.

Nnaji remained selective with her film roles. She joined the Royal Arts Academy dodgy all-star ensemble, Weekend Getaway, led Mahmood Ali-Balogun’s Tango With Me and after some local online grumbling, was added to the cast of the international big screen adaptation of Chimamanda Ngozi Adichie’s Half of a Yellow Sun. Her role in Half of a Yellow Sun was a small one but it wasn’t enough to exclude her from the criticism that followed the film’s release. “…the magnificence and sweep of Adichie’s story clearly overpowered director Biyi Bandele, demanding more than he could give.’’ this writer wrote back in 2014.

In a interview published in 2018 by The Africa Report, Nnaji defended her participation in Bandele’s film. She reflected, “”I took the role in Half of a Yellow Sun for a lot of personal reasons. The Biafra war involved my tribe. Plus, I am an actor: I don’t believe in small roles. It was a big movie, but most importantly I think I owed it to myself, my tribe and my industry to bring the story home. I took on the role and I had no regrets at the time.”

In the same interview, Nnaji stressed the importance of retaining the local essence when telling our stories as opposed to adapting foreign constructs while chasing Hollywood glamour. Limited by her insistence on picking scripts of a certain quality- and galloping asking price- Nnaji took the next available step, into film production. For her 2015 producing debut, Road to Yesterday, she chose a sleepy domestic drama saved from predictability by a refreshing twist in the final act.

For her directorial debut, arriving three years later, Nnaji decided to walk the talk, putting her money where her mouth had been by marshalling resources and the biggest of Nollywood talent to tell the relatable story of an Igbo family navigating a shift in the way that the family’s transport business is run after the patriarch is sidelined by illness.

A sentimental, warm film, Lionheart is the obvious manifestation of what Nnaji has been going on about for years, making proper Nigerian stories but for an international audience. Hear her during a Lionheart promotional interview with CNN’s Richard Quest, “I think the authenticity of the story, which is what I loved about it. It provided an environment where I could showcase the things that made me proud about our culture, our talent, our values.” She would reecho this sentiment at TIFF, “…Being given a chance to tell your own story in your own way on behalf of your people I think it is a blessing.”

for Nnaji, Lionheart, opened another phase of an already eventful career that has lasted at least two decades. With the TIFF premiere, international publicity and Netflix deal, Nnaji has once again assumed the industry leadership status that slipped from her pouch during the 2004 ban and sort of eluded her during the Nollywood transition from video to theatre. Her career has come full circle and she is once again queen of Nollywood.

As is common knowledge now, FilmOne declined to programme Lionheart for its scheduled limited theatrical run last December citing concerns of late notice, plus the Netflix option. Nnaji was able to get Blue Pictures to screen the film in select theatres and despite an imminent Netflix release in the new year, Lionheart rode the holiday season increased traffic to post returns of about 20million Naira in just two weeks. Of course, the real dividends came from Netflix’s million-dollar acquisition fee and the amount of international attention that was directed Nnaji’s way with announcements landing on Variety and The Hollywood Reporter, plus capsule reviews showing up in the New York Times and LA Times.

Nollywood to the world

For the better part of the last decade, since the early appearances on CNN and notices by Oprah, Genevieve Nnaji has seemed on the tantalizing verge of a Hollywood breakthrough. Rumors around the Bond girl role that eventually went to British actress, Naomie Harris may have been the result of PR wishful thinking taken too far, but Nnaji has been circling an international career for some time now.

Aside from Lionheart, Nnaji was also at TIFF to promote Farming, the autobiographical directorial debut from Nigerian-British actor, Adewale Akinnuoye-Agbaje in which she was cast in a supporting role. She insists Nollywood is the only place she has ever fancied herself performing but has signed a deal with United Talent Agency for representation in film, television and production. Some of the high profile names UTA represents include Hollywood’s Angelina Jolie, Johnny Depp and Gwyneth Paltrow.

In the wake of the record-breaking success of Black Panther and calls for representation for previously underseen communities in film, the world appears hungry for original black content and Nollywood stands a chance of positioning itself as the logical source. At the same time the content acquisition and distribution landscape is changing once again in real time. Netflix with its billion-dollar war chest is leading this battle. Amazon, Apple and Disney are launching attacks as well.

All of this means that talent and content creators will have much more options available to them. Huge Nollywood names like Alfonso Cuaron, Sandra Bullock and Julia Roberts have made the pivot to online distribution. For Nollywood, Genevieve Nnaji is at the forefront and her Lionheart power movers can only point to the new direction Nollywood should be looking to in terms of distributing and exhibiting content. Nnaji has been making all the right moves lately, in terms of the taking local content global. Has she cracked the code?