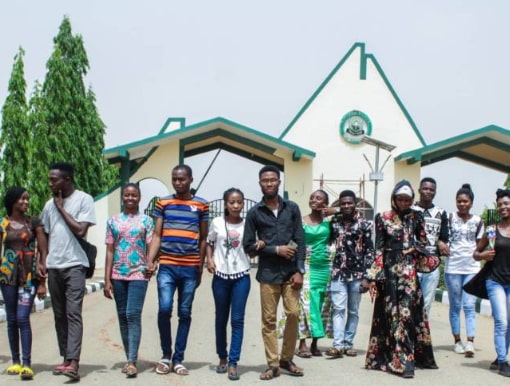 Which of the female students of Ibrahim Badamosi Babangida University Lapai (IBBUL) in Niger State threw away a dead foetus?

This is the riddle the otherwise calm institution is trying to resolve. The foetus was reportedly discovered in a refuse bin inside the female hostel around 6am by a 100-Level student of History and International Relations walking on the veranda.

Immediately, the news spread across IBBUL campuses, attracting the attention of the Chief Security Officer (CSO), Major Tete Kudu (rtd), the Dean of Students’ Affairs (DSA), Dr Musa Ma’ali, as well as a nursing staff working at the university clinic.

They cordoned off the hostel to carry out medical tests on female students with a view to detecting the culprit. Interestingly, some of the female students, CAMPUSLIFE learnt, missed their Friday morning lectures as a result of the medical test.

The discovery was greeted with harsh reactions from staff and students who described it as ‘abortion’. They all condemned the act and criticised the unidentified perpetrator.

Although the issue is still being discussed in hushed tones on campus, CAMPUSLIFE checks revealed that management had cautioned occupants of the hostel against disseminating the event on social media platforms to avoid tarnishing the image of the institution.

Efforts to get Dr Ma’ali to speak on the matter were futile. Calls and text messages sent to the DSA were neither picked nor replied to at the time of filing this report.

Students who spoke to CAMPUSLIFE preferred anonymity for fear of being visctimised by the management.

A 300-Level female student, who pleaded anonymity, said they were all shocked when they heard that an aborted baby was found at their hostel. She added that the foetus might have been dumped in the dead of the night.

Aside being the first time such horrific incident would occur in IBBUL, the source was equally irritated that the individual test conducted by the medical staff on students, made her, alongside others, miss the departmental lecture scheduled for 8 am.

“I am yet to fully comprehend why this disturbing and horrific incident should happen. The student who committed this wicked act must be heartless. If she had paid absolute attention to her studies, this would not have happened,” said the source.

Another student, who simply gave her name as Zainab, described the event as ‘terrifying’. She wondered why a lady who still depends on her parents will have unprotected sex and thereafter abort the innocent baby.

“This may be the first time such an incident is happening at the hostel; but it has succeeded in painting us black. Some people may begin to think others in the hostel are also promiscuous and indecent,” Zainab said.

Yahaya Nma, a male student, said the lady who terminated the unwanted pregnancy should seek divine forgiveness, adding that the school authority must do everything possible to identify the culprit.

“There are no two ways about it. The perpetrator committed abortion to save herself and her family from embarrassment. But the concoction or pill she took to terminate the unexpected pregnancy could have killed her in the process. She endangered her life,” Nma said.

He stated that most of the female students are still angry that the nurse and security officers could not detect the culprit even after subjecting them to ‘embarrassing’ medical test for hours.

CAMPUSLIFE gathered that the nurse was forced to stop the delivery verification examination after the female students protested against the manner she was carrying out the exercise.

A student, who reluctantly gave her name as Saratu, said the hostel gate was finally opened by 11 am after it had been locked for over four hours.

“No doubt, there is every reason to probe the incident. But we had to compel the investigation team to stop their screening for our own safety. After using only one surgical glove on several students, some of us refused to allow the nurse insert her hand into our private parts. We had to protect ourselves from contacting vaginal infections,” said Saratu.

However, a credible source from the management side, who also refused to mention his name because he was not expected to reveal the outcome of the medical investigation, said in contrast to the students’ submission, the perpetrator was caught during the test performed on the students.

“The lady who aborted and discarded the foetus was eventually identified. She confessed to have done it, and pleaded for mercy. She was seriously rebuked by the staff of the school who came to conduct the medical test at the hostel.

“It was unanimously agreed that the issue should not be exposed. It is the reason why the identity of the girl was hidden from other students,” the source noted.

A male lecturer at the Faculty of Languages and Communication lamented the rising moral decadence among youths and undergraduates.

The lecturer, who did not want his name in print, pleaded with the school authority not to show mercy to students who engage in social misconducts or acts that contravene the rules and regulations.