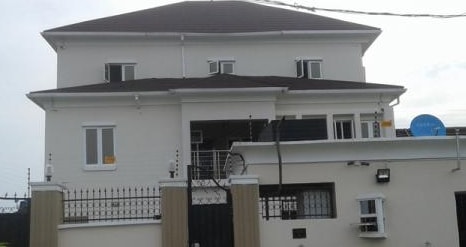 A girl identified as Divine Giwa, who allegedly drugged her roommate, Chioma Daniels, before stealing her cash and properties valued at N918,000, was on Tuesday brought before an Igbosere Magistrates’ Court in Lagos.

Giwa, 19, from Rivers State, was arraigned by the Ilasan Police Division, Lekki, on a one-count charge of stealing, marked NO T/38/2018, before M.F. Onanusi.

He said in March 2017, at an eatery in Lekki, a friend begged the complainant to accommodate Giwa pending when she would be able to raise money to rent a place of her own.

“They lived peacefully from March till one morning in September 2017, when the complainant told the defendant to prepare tea for both of them to drink.

“The complainant drank the tea, not knowing it had been laced with a sleeping drug. It put her to sleep from 7am till around 10pm in the night. When she woke up, the defendant had fled with her money and properties.

“The complainant later sighted the suspect at Lekki in June 2018. She raised the alarm following which passers-by helped apprehend the defendant.”

The court heard that the stolen items were valued N918,000.

According to the prosecutor, the offence contravened Section 287 of the Criminal Law of Lagos State, 2015.

Magistrate Onanusi granted her N200,000 bail with one surety in the like sum.

The case continues on August 1.