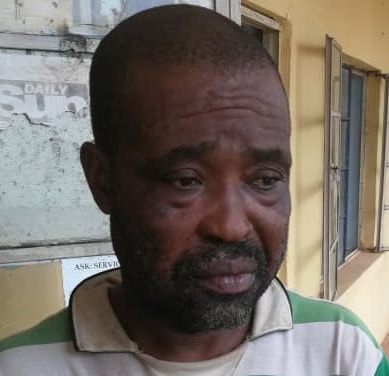 Girl Who Delivered Baby After Incestuous Relationship With Father Rescued In Ogun State, Suspect Blames The Devil & Death Of Wife

A 45-year-old man has been arrested for alleged incestuous relationship with his daughter that led to pregnancy.

Julius Ochim was arrested by policemen at Sagamu Division in Ogun State after the victim complained that he had been having sex with her since she was nine-year-old.

The victim said the incestuous affair started in 2009 following the death of her mother, adding that she has a three-year-old daughter for her father.

It was gathered that the suspect threatened the victim that there were cultural implications if she failed to yield to his demands.

Upon arrest, the police said the suspect admitted to the offence, claiming that it was handiwork of the devil. 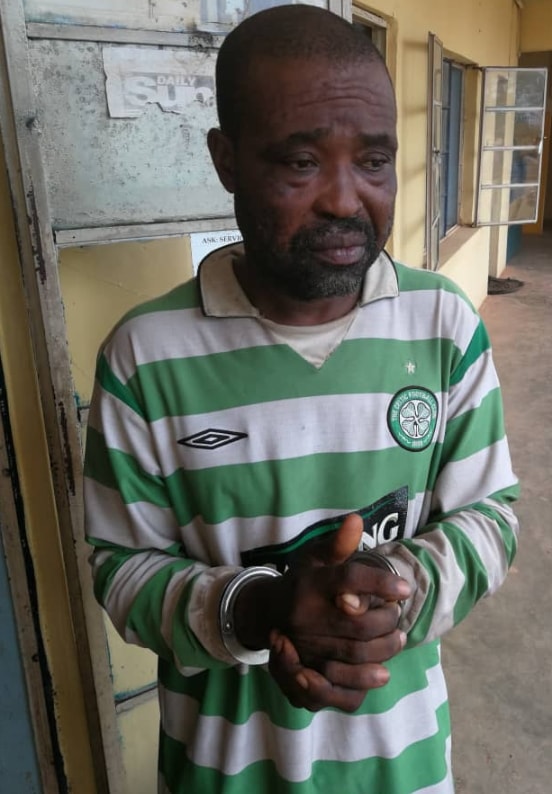 The Spokesman of the state police command, Abimbola Oyeyemi, a Deputy Superintendent of Police (DSP), said the man admitted that he did not want the young lady to get married so that he could continue to have her.

“The suspect confessed to the commission of the crime but blamed it all on the devil. He confessed to have been sleeping with the girl since the demise of his wife and that he started having problem with the girl when she started going out with another person whom she said she want to get married to.

“He confessed that he was trying to prevent the girl from getting married so as to continue having his way with her.

“The Commissioner of Police, Ahmed Iliyasu, has directed that the suspect be transferred to Anti-Human Trafficking and Child Labour Unit of State Criminal Investigation and Intelligence Department (SCIID) for further investigation and prosecution.”