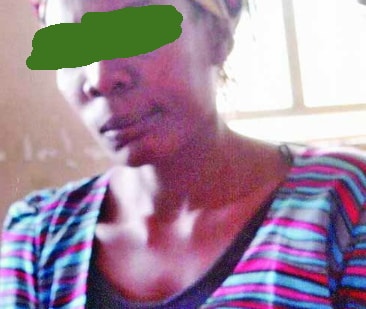 A 13 year old girl has been admitted to the Nasarawa General Hospital in Nasarawa State after she was allegedly poisoned by her mother.

PUNCH Metro learnt that the victim was raped by her stepfather, Mohammed Sanni, sometime in February and she got pregnant.

It was gathered that the mother, who kept quiet about the incident, allegedly told the victim to lie about the paternity of the pregnancy.

Our correspondent learnt that the victim confided in one of their neighbours that it was her stepfather that impregnated her.

We learnt that the victim’s mother, who was identified simply as Aisha, allegedly poisoned her when the news went round the community.

It was learnt that the victim started bleeding after she took the poison and was rushed to the hospital by some neighbours.

One of the persons that reported to the police, Aliyah Malami, told PUNCH Metro that the victim was rolling on the floor when she met her.

She said, “I came with my elder sister from Kaduna to Nassarawa to greet our aunt, who told us about the pregnancy and how she suspected that the mother had poisoned the girl.

“She told us about the case in the night and the following morning, I went to the girl’s house. I saw her rolling on the floor; she told me that her mother gave her a drug in the night before and gave her concoction to drink in the morning.

“I was alarmed and I looked for someone to take me to the king’s palace but the king was in a meeting.

“With the situation I left the girl at home, I could not wait for the king to finish the meeting and I could not take her to any hospital without police report; so I went to the nearest police station.”

Malami said the victim’s mother called her husband to inform him that some policemen were looking for him, adding that Mohammed was arrested while he was trying to sneak out of his workplace.

According to Malami, when the victim was rushed to the hospital, an ultrasound scan was carried out.

She said, “She was rushed to the hospital as an emergency case; an ultrasound scan was carried out on her and the doctor said he could not find the baby’s heartbeat.

“She was rushed to the ward and she immediately went into labour and started bleeding.

“The placenta took four hours to come out; a doctor had to be called to operate her.”

One of the doctors, who spoke on condition of anonymity, said the victim was in a critical condition when she was brought to the hospital.

He stated that the victim needed more blood to stay alive, adding that the neighbours that brought her were reluctant to render further help.

He said, “The case is almost getting out of hand because when she was brought in, she was bleeding. A pint of blood was given to save her life. She needs another pint of blood in order to be stable.

“As a doctor, I have been trying my best to counsel the people that have been helping her because they are getting tired because of financial constraints.

“Right now, the victim needs another pint of blood and there is neither a donor nor somebody to pay the money. There are also hospital bills to pay.

Continue Reading
You may also like...
Related Topics:daughter, mother, poison

Woman Told Neighbour She Was Going On 3-Month Vacation And This Happened
Girl Who Gave Birth After Being Raped By Father Rescued In Ogun State, Suspect Blames The Devil & Death Of Wife