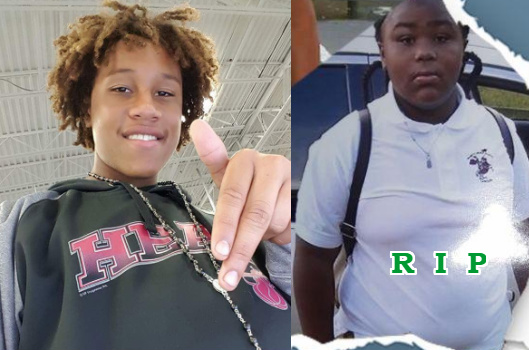 April 28, 2017 – Boy Shot & Killed Stepsister After She Gave Him A Birthday Hug In Homestead Florida

A young girl has died after her stepbrother, 17-year-old Martaevious Santiago shot her in the back of the head the moment she gave him a birthday hug in their home in Homestead Florida on Tuesday the 25th of April 2017.

Santiago who claimed he shot his stepsister, Tedra King accidentally has been charged with aggravated manslaughter and possession of a weapon during the commission of a felony.

He claimed he got the weapon from his 14-year-old friend who has also been arrested.

The parents of Tedra King and Santiago are now fighting to retain the custody of their 9 other kids as a judge ruled they will be staying with relatives for the time being.