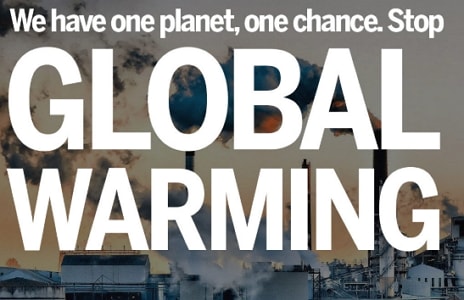 Do you remember days when the nature was your favourite companion when you felt like resting and having a good time during leisure periods. It could be lying down on the beach with your friends just to get your tan done or taking a walk with your family pet to clear your mind. No doubt nature is man’s best friend as a positive encounter with her made you forget all of lifes’s worries.
Well, those days are becoming nonexistent. Nature seems to be very angry with us because the heat from the sun is now unbearable nowadays and the intensity of rainfalls are so scary, not to talk of the increasing rate of natural disasters occurring all over the world. Nature isn’t to blame for all this atrocities we claim she has committed as we are the architect of our own misfortune. Yes we are and you are about to find out why.

Global warming is technically defined as the increase in the world’s average temperature, that might not seem like a big deal but let me define it in more detailed terms.
Global warming is the increase in intensity of rays of the sun which makes the earth increasingly hot, it causes hurricanes to slow down leading to increase in probability of a flood occurring, water shortage and increase in wildfire and a host of many other issues. Global warming is literally the degrading of the conducive environment of the whole planet, turning a place that was once so beautiful into an inferno. It is not a sudden process, it is caused by activities that were carried out by almost everyone over time.

Global warming is one of the greatest challenges we are going to have to face as a planet because it is the same elements which have led to advancement in technology and a more efficient life are also responsible for the damning effect on our planet. Most tools which we use in our day to day lives like cars, generators or even bigger equipment used to generate power as used in power plants all create carbon dioxide (CO2) and other air pollutants that stay in the atmosphere. Greenhouse gases and burning coal are also a source of this air pollutant.
Okay, you might think that is not a serious issue but this gases when released can stay in the atmosphere for centuries.

This is a big problem because they trap radiations which are meant to escape from the earth atmosphere into space thereby making the planet grow hotter and the accumulation of this radiation over time will eventually make the earth non-inhabitable.

Recent research by leading world scientist have shown that the rate at which our country is degrading due to global warming has bounced up over the past century. This is not surprising because our country has experienced great levels of industrialization over that time. Our day to day activities are now heavily mechanised leading to use of more equipments that produce this dangerous gases. The effect of global warming is felt more in advanced countries than Third World countries due to their greater use of machinery that emit this dangerous gases but this countries in partnership with each other and also independent organisations are working on new ways to increase efficiency in production and every sector in the economy without having to result to machines that produce this gases.

Well, there is certainly good news because in the past few decades global warming has been getting the attention is requires. Countries all over the world, both developed and developing are coming together to create solutions and find ways in which global warming can be controlled.

The United Nations Climate Change Conference is one of those programmes that was set up to check the excesses of global warming. The programme started on a positive note as an international environmental treaty and has gotten worldwide support and legitimacy since it was first put into force in 1994.
This treaties have evolved to more effective and binding ones on its members with the most recent one being the Paris Agreement.

The Paris Agreement is one to be applauded as it is the most unified step taken by countries around the world to control global warming, it had a total of 196 countries agreeing on the treaty and is aimed at reducing the rate of emission air pollutant gases to pre-industrial age. This is good news indeed and we are a step closer to victory.

If we truly want to take our planet back to its former glory and return it to an era of a pleasant and conducive environment we are going to have to start making decisions that will benefit our planet. We should start with the simpler task before we can consider the bigger ones. Changing our planet for the better start with little things such as finding an alternative source of keeping the house cool instead of burning coal and releasing CO2 into the atmosphere, or getting automobiles that require hydroelectric power to function instead of petrol. Then we can consider other sources of generating greater amount of energy.

These  little decisions and more make a lot if difference in how our country will be shaped over the next decade till centuries and so on. We should pay attention to all our actions and be very conscious of the effects it has on our planet.

We can choose to ignore the signs that nature keeps showing us to correct our ways and let our planet turn into an inferno, a place not conducive for humans, birds of the sky, fishes of the sea and even the smallest of micro organisms or choose to take the necessary steps and guarantee a beautiful future for the generations yet to come. The clock is ticking and our planet is weeping, it is time we listen to her complains before its too late.

Global warming is as real and damning as any of life great challenges
Its effects might be ignored because the skies seems so far away, but if it is not controlled it will destroy more than any plague or war we have ever encountered. Take a step today to secure a better tomorrow for yourself.