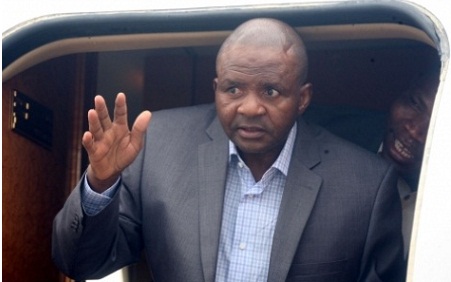 August 30, 2013 – “Governor Suntai To Return For Treatment In The US” – Taraba House Of Assembly

The ailing governor of Taraba State, Danbaba Suntai who returned home last week after 10 months of intensive rehab is likely to resume his treatment in the US anytime from now.

After hours of deliberation, 24 Taraba State House of Assembly members who visited him to confirm his true health status have recommended continuous treatment for him

Mr Haruna Tsokwa, the speaker of the house in a statement said;

“Whereas we sympathize with the Suntais and the entire people of Taraba State over this unfortunate incident and sincerely wish the ailing Governor full recovery, we however condemn unequivocally the attempt by some political vultures within and outside the State who are bent on holding a whole State to ransom and make effective governance once again unrealistic,”

“These charlatans have desperately kept trying to cling to political power and by extension the resources of Taraba State through series of craftily woven plots of deceits, meant to hoodwink the Nigeria public in a manner similar to the unfortunate Turai-Yar’adua saga.”

This guy shouldn’t have returned home in the first place.