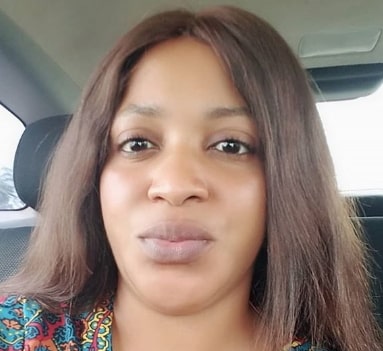 Grace Ama? Remember her? She was the hot actress on Teco Benson’s Elastic Limit, the movie that shot her to stardom in the early 2000s. Despite a promising career, she has been lying low for quite a while but now she is back to her first love and in this chat with Rita Okoye, the actress of Eastern Nigerian extraction opens up on her new movie, It’s A Crazy World, romance and life as a single mum.

What has it like coming back into the industry after such a long break?

Coming back into the industry wasn’t easy but the good thing is that we have evolved and now we are interpreting roles differently. My fans are excited to have me back. That is a good one and a plus for me (laughter). However, it is also a good thing we have lots of new acts. I was also a new act at the time I came into the industry. Then I had senior colleagues and I still have senior colleagues so it is a good thing. I am back for good and coming with something huge. My fans should watch out!

When you were much younger, you were known for playing young girl roles. Now that you are older, you are now playing wife and mother roles. How does that make you feel?

When you play a character very well, they (directors) tend to want to see you in other movies doing the same thing forgetting the fact that as an actor, you are versatile and being versatile means you can interpret any role. For me, nothing has changed talking about my height and size. The only thing I can say is that I am a mother now. Maybe, that is the reason I play mother roles and besides, now, they now see me as a more mature woman and I could play something different.

Are you saying that if you hadn’t become a mother, you would still be stereotyped?

I don’t know but like I said, nothing has changed in my height and size except that I have added weight a little bit. The role I am playing in ‘It’s A Crazy World’ is entirely novel. That is why I am finding it exciting!

How has it been juggling acting and motherhood? Is your son always with you on set?

Coincidentally, my son joined me today because it is mid-term break. I have a house help and my mum is also available. He stays with them when I am on set.

Would you love him to be an actor?

That will be dependent on him; it is his choice. I have gotten several offers for him to act as my son in movies. I wouldn’t want to force him into anything he wouldn’t want to do. I don’t see him in that light anyway. Someone will definitely take after one you know, maybe, one of the children to come will take after me (laughter).

You said ‘maybe one of the children to come will take after you.’ When are they coming?

I have always been a low key person in terms of my relationship. I don’t put my relationship on social media. I don’t think it is ideal considering the industry I find myself in. It is better to stay out of it and be safe. For the wedding bells, I will send the invitation when the time comes.

What would you say about celebrities who splash their personal lives on social media?

Funny enough, it is their choice. Everybody is entitled to whatever he or she wants to do. I am not just that kind of a person that puts her life on social media. We are now in the age and time where everything you do has to be on social media in order to be able to either get endorsements or followers. It is a good thing to put your work out there but for me, putting my relationship on social media is a no-no. My work can be on social media but not my private life.

What has being a single parent made you discover about yourself?

I have always been strong but it made me a stronger person. It made me see life from a different point of view. Years back I could throw caution to the wind at the snap of a finger but today, I can’t do that. There are times I want to take some decisions but when I think of the fact that I am now a mother and I have someone who is looking up to me, I tend to have a rethink. Single-parenthood has taught me a lot. It is still teaching me, I am still learning and putting in my best to be a better person and mother.

Have you given up on love?

Why should I give up on love? You don’t particularly rule out things just because a particular step you took wasn’t the right one or didn’t favour you. I love to love and whatever has happened hasn’t taken love away from me. It has not, to be honest with you.

How long did it take you to come to this realisation that you weren’t allowing the experience you had hurt you?

Don’t let me go into details because whatever happened wasn’t like things went bad. The only thing is that we didn’t get to walk down the aisle. At the right time, what will play out will play out in terms of marriage.

What is that one thing you are most proud of about yourself?

The fact that I have a son, a handsome son at that (laughter).

What is responsible for your youthfulness?

To be honest, I don’t have any regimen. God has been awesome! I am not into the ‘this-is-what-I-do-when-I-wake-up-the-morning’ thing. I am not a makeup person either. I tend to go natural as often as possible. When you see me outside when I am not shooting, I am just myself, the way God created me except that I have clothes on. It has just been God all the way. People ask me this question a lot I must confess. However, let me state that I neither drink nor smoke and I stay away from things that will make me age.

Can you tell us about your role in the series, It’s A Crazy World?

I am playing the character of Kemi, the second wife of Chief Don Chucks and it has been fun all the way. The script has a lot of content and comic relief as well. It has been sweet with the research I have put into the character. I just want to play it so well. The character I am playing is a Yoruba lady who goes all the way to get what she wants.

How has it been for you playing the role of a Yoruba lady?

I am not Yoruba but Igbo. However, I was born and brought up in Lagos. Like I said a couple of days back, I am surprised I am flowing this much with Yoruba on set; its been great!

What advice do you have for young talents coming into Nollywood?

I will say established Nollywood stars make wannabes desperate. I don’t want to mention names; they only follow what they see. The industry I looked forward to coming into was an industry of potentials. When I got into the industry, my vision was to be a role model to the younger ones. I also got into the industry because I wanted to fend for myself and my family. Fast forward to this moment. There is a whole lot of competition among my colleagues especially the females. You want to outshine yourselves, you want to outshine others and you want people to feel ‘I am the best, this is me.’ I attended auditions when I came into the industry. Sometimes, I woke up as early as 6am, got back home, did my house chores and then went back for the auditions proper. After 20 auditions, you don’t get to see your name anywhere. When you look back at those days knowing God has smiled on you today, you don’t want to throw those years away. Some of us got into the industry on a platter of gold. Maybe, you were just walking down the street and someone puts you on a movie and lo and behold, the movie is a blockbuster and you become a star.

When they (wannabes) see that their senior colleagues are doing these things, they tend to want to go nude or do things in a bid to outshine others. The competition is so high and we need to cut it down because we are not encouraging our younger ones at all. We are making them not to see life as it should be, step by step, taking it one step a time. They just want to come in and become stars overnight. That is what I can say about it. We need to help our up-and-coming ones; we are also guilty of it.