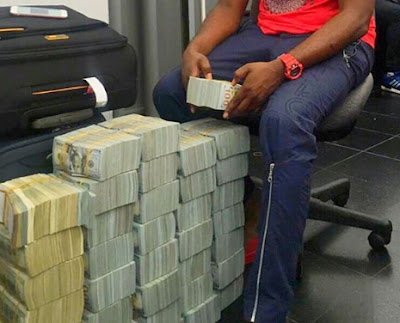 As he walked towards his Omole palatial home in a majestic manner, exuding confidence of some yuppie millionaires to show everyone in his neighbourhood that he has arrived, his mobile phone rang. With the swag of a Nigerian moneybags, Kolade picked his call.

What he heard was not pleasing to say the least. He was disturbed and started sweating profusely. He latter fainted and was rushed to a private hospital where he is still receiving treating.

As Kolade regained consciousness in the hospital, he tried to inquire if what his friend told him on the phone was correct. “Yes, my brother,” said the doctor handling his case.

“MMM programme has been frozen till January ending. No more transactions until the partial ban is lifted. But, don’t worry; some of us are used to it. They did same last December,” added the doctor who revealed to Kolade that he is also a participant. Despite these soothing words from the doctor, Kolade, no doubt, has reason to be worried.

Although, he had fortunes from the scheme, the lure of more money appeared to have pushed him into investing more into the scheme. He had gone out of his pocket to take from his company’s advert money in his care for a bounty returns.

Before the cookie crumbled, Kolade had advanced with a total of N21 million into the programme. “What am I going to tell my creditors? My company? Oh, I’m finished,” Kolade exclaimed in astonishment.