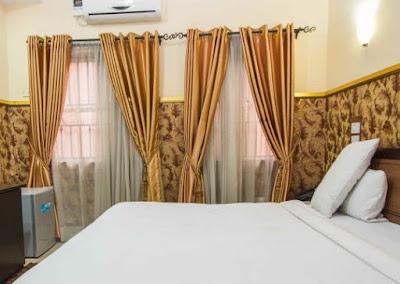 A worker at the Guest House Hotel in Ikoyi area of Lagos has been arraigned before a Lagos Magistrate Court for allegedly stealing a CAPL smart phone valued at N213,000 belonging to the Managing Director of Arksego Security Limited who lodged at the guest house.

The accused, 41-year-old Christopher David was alleged to have stolen the phone when he was sent by his employer to clean the room.

The accused was arraigned before an Igbosere Magistrate Court on a count charge of stealing customer’s phone inside guest house.

Police prosecutor, Oladejo Balogun informed the court in charge No J/1/2018 that the accused committed the alleged offence between 31 December, 2017 and 1 January, at Guest House.

Balogun told the court that the complainant reported to the police that he left his phone inside his room at the Guest House Hotel, Ikoyi and went to the church.

He said before the complainant returned,the accused who was the only person who entered his room to clean it allegedly stole the phone.

He said the offence the accused committed was punishable under section 411 of the criminal Laws of Lagos State, 2015.

The accused, however, pleaded not guilty to the alleged crime and Magistrate N.A Layeni granted him bail in the sum of N100,000 with two sureties in like sum.

Layeni adjourned the case till 7 February, 2018 for mention and directed that the accused be kept at the Ikoyi Prison till he perfected the bail conditions.