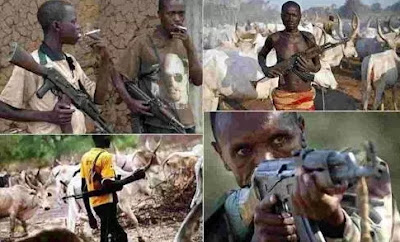 Tombu village was attacked barely 24 hours after the Inspector General of Police, Mr Ibrahim Idris, met with President Muhammadu Buhari over the killings in Benue, Rivers and other parts of the country.

The state governor, Mr Samuel Ortom, confirmed the renewed killings to Channels Television shortly after an emergency meeting with the joint socio-cultural groups in the state.

Socio-cultural groups in Benue have also challenged the leadership of the Nigeria Police to visit Tombu village to be sure that the series of attacks carried out in the state were beyond communal crises as claimed.

Spokespersons for the group and President General of Mzough U-Tiv, Mr Edward Ujege, called on the United Nations and the international community to come to the rescue of Benue indigenes.

“Benue people are law-abiding and have remained so even in the face of frequent armed provoked attack by the herdsmen.

“We want any assistance from anywhere in the world to avert the killings in Benue State. And we are calling on the United Nations, United States, European Union, African Union, and any other person to come to our aids,” Ujege said.