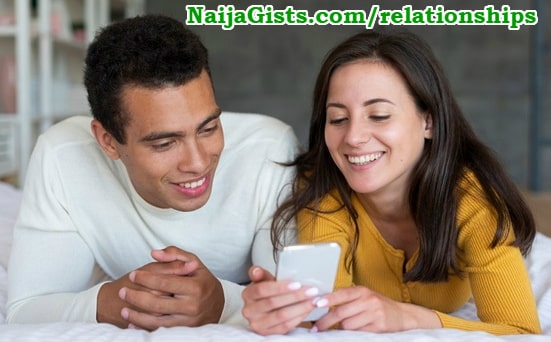 Healthy Relationship Tips For Couples: Helpful Tips To Build A Stronger Bond With Your Partner

Do you know how to tell if a relationship is good? Of course, nobody knows what really goes on between any couple, but decades of scientific research into love, sex and relationships have taught us that some behaviour can predict when a couple is on solid ground or headed for troubled waters.

Successful relationships don’t happen overnight. They take commitment, compromise, forgiveness and most of all — effort. Keep reading for the latest in relationship science, fun quizzes and helpful tips to help you build a stronger bond with your partner.

Falling in love is the easy part. The challenge for couples is how to rekindle the fires of romance from time to time and cultivate the mature, trusting love that is the hallmark of a lasting relationship.

When you say “I love you,” what do you mean?

Romantic: Based on passion and sexual attraction
Best Friends: Fondness and deep affection
Logical: Practical feelings based on shared values, financial goals, religion and so on
Playful: Feelings evoked by flirtation or feeling challenged
Possessive: Jealousy and obsession
Unselfish: Nurturing, kindness, and sacrifice

Researchers have found that the love we feel in our most committed relationships is typically a combination of two or three different forms of love. But often, two people in the same relationship can have very different versions of how they define love. Dr. Hatkoff gives the example of a man and woman having dinner. The waiter flirts with the woman, but the husband doesn’t seem to notice, and talks about changing the oil in her car. The wife is upset her husband isn’t jealous. The husband feels his extra work isn’t appreciated.

What does this have to do with love? The man and woman each define love differently. For him, love is practical, and is best shown by supportive gestures like car maintenance. For her, love is possessive, and a jealous response by her husband makes her feel valued.

Understanding what makes your partner feel loved can help you navigate conflict and put romance back into your relationship. You and your partner can take the Love Style quiz from Dr. Hatkoff and find out how each of you defines love. If you learn your partner tends toward jealousy, make sure you notice when someone is flirting with him or her. If your partner is practical in love, notice the many small ways he or she shows love by taking care of everyday needs.

Romantic love has been called a “natural addiction” because it activates the brain’s reward centre, notably the dopamine pathways associated with drug addiction, alcohol and gambling. But those same pathways are also associated with novelty, energy, focus, learning, motivation, ecstasy and craving. No wonder we feel so energized and motivated when we fall in love!

Individuals in the early stage of intense romantic love show many symptoms of substance and non-substance.

But we all know that romantic, passionate love fades a bit over time, and (we hope) matures into a more contented form of committed love. Even so, many couples long to rekindle the sparks of early courtship. But is it possible?

The relationship researcher Arthur Aron, a psychology professor who directs the Interpersonal Relationships Laboratory at the State University of New York at Stony Brook, has found a way. The secret? Do something new and different — and make sure you do it together. New experiences activate the brain’s reward system, flooding it with dopamine and norepinephrine. These are the same brain circuits that are ignited in early romantic love. Whether you take a pottery class or go on a white-water rafting trip, activating your dopamine systems while you are together can help bring back the excitement you felt on your first date. In studies of couples, Dr. Aron has found that partners who regularly share new experiences report greater boosts in marital happiness than those who simply share pleasant but familiar experiences.

The psychology professor Elaine Hatfield has suggested that the love we feel early in a relationship is different than what we feel later. Early on, love is “passionate,” meaning we have feelings of intense longing for our mate. Longer-term relationships develop “companionate love,” which can be described as a deep affection, and strong feelings of commitment and intimacy.

Where does your relationship land on the spectrum of love? The Passionate Love Scale, developed by Dr. Hatfield, of the University of Hawaii, and Susan Sprecher, a psychology and sociology professor at Illinois State University, can help you gauge the passion level of your relationship. Once you see where you stand, you can start working on injecting more passion into your partnership. Note that while the scale is widely used by relationship researchers who study love, the quiz is by no means the final word on the health of your relationship. Take it for fun and let the questions inspire you to talk to your partner about passion. After all, you never know where the conversation might lead.

How deep is your love?

A simple quiz to determine how you score on the passionate love scale.

For most couples, the more sex they have, the happier the relationship.

How much sex are you having?

Let’s start with the good news. Committed couples really do have more sex than everyone else. Don’t believe it? While it’s true that single people can regale you with stories of crazy sexual episodes, remember that single people also go through long dry spells. A March 2017 report found that 15 percent of men and 27 percent of women reported they hadn’t had sex in the past year. And 9 percent of men and 18 percent of women say they haven’t had sex in five years. The main factors associated with a sexless life are older age and not being married. So whether you’re having committed or married sex once a week, once a month or just six times a year, the fact is that there’s still someone out there having less sex than you. And if you’re one of those people NOT having sex, this will cheer you up: Americans who are not having sex are just as happy as their sexually-active counterparts.

Although sexual activity is commonly believed to be a key component of emotional well-being, little is known abo…

Even though most people keep their sex lives private, we do know quite a bit about people’s sex habits. The data come from a variety of sources, including the General Social Survey, which collects information on behaviour in the United States and the International Social Survey Programme, a similar study that collects international data, and additional studies from people who study sex like the famous Kinsey Institute. A recent trend is that sexual frequency is declining among millennials, likely because they are less likely than earlier generations to have steady partners.

American adults had sex about nine fewer times per year in the early 2010s compared to the late 1990s.

Based on that research, here’s some of what we know about sex:

One of the best ways to make sure your sex life stays robust in a long relationship is to have a lot of sex early in the relationship. A University of Georgia study of more than 90,000 women in 19 countries in Asia, Africa and the Americas found that the longer a couple is married, the less often they have sex, but that the decline appears to be relative to how much sex they were having when they first coupled. Here’s a look at frequency of married sex comparing the first year of marriage with the 10th year of marriage.

Why does sex decline in marriage? It’s a combination of factors — sometimes it’s a health issue, the presence of children, boredom or unhappiness in the relationship. But a major factor is age. One study found sexual frequency declines 3.2 percent a year after the age of 25. The good news is that what married couples lack in quantity they make up for in quality. Data from the National Health and Social Life Survey found that married couples have more fulfilling sex than single people.

Why do some couples sizzle while others fizzle? Social scientists are studying no-sex marriages for clues about what can go wrong in relationships.