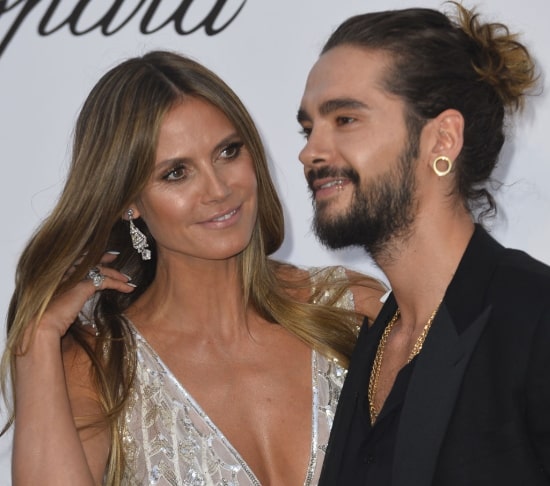 German American model, Heidi Klum has moved on for real.

The 45-year-old single mother of 4 accepted to marry her 29-year-old lover, Tom Kaulitz today Monday the 24th of December.

The supermodel broke the news on her Instagram and Twitter pages few hours ago with a black and white portrait of her and Kaulitz as she showed off her engagement ring.

Here is how she captioned the photo. 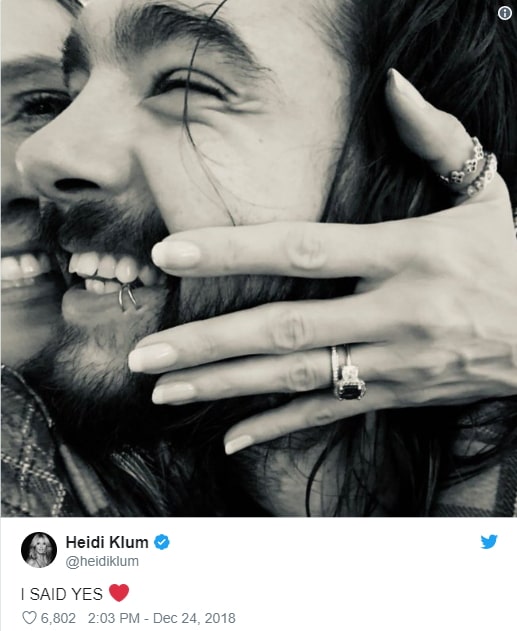 While Heidi is happy to be engaged, her ex on the other hand is struggling with his love life.

He has been spotted with several women in the past 5 years but hasn’t been lucky finding true love. 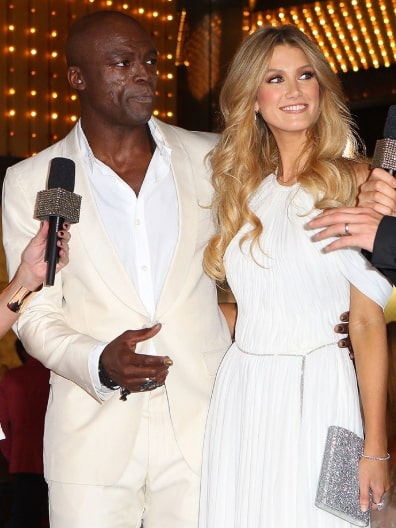 Although their age difference is wide, it is only true love that will stand the test of time.

We hope Heide and Tom make it to the altar.