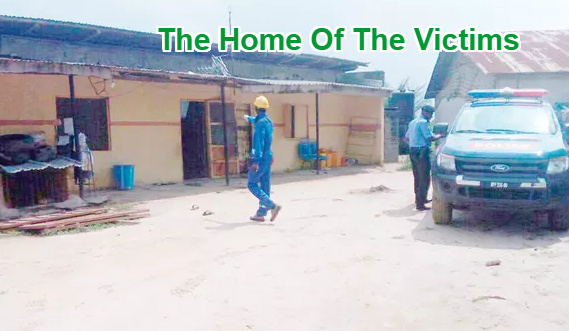 Residents of Adegbose Estate Phase 2 in Igbogbo area of Ikorodu Lagos are still mourning the barbaric murder of a man and his family members.

According to witnesses, Mr Kennedy Uzor, his wife (Mary Uzor), their daughter (13-year-old Uche Uzor), another girl, 7-year-old Destiny Uzor and 3-year-old Mimi Uzor were stabbed to death in their sleep on Wednesday evening.

On what led to their death, investigators revealed that Mr Kennedy Uzor was the chairman of Murtala Muhammed International Airport cab operators.

He was campaigning for re-election when the suspected hired killers murdered him and his entire family.

Their corpses have been deposited at Ikorodu General Hospital mortuary.