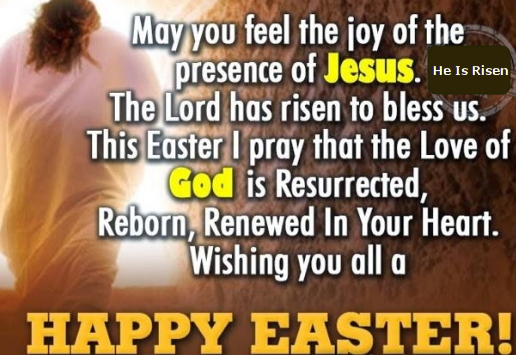 One of the most serious challenges in the history of our beloved nation and by extension the citizenry, apart from power, is insecurity. That there is a palpable sense of insecurity within our polity is obvious, even to babies.

The number of innocent people that have lost their lives in the hand of militants, ‘jihadists’, and ‘cattle rearers’ when sleeping, in places of worship, on way to write examinations, in their dormitories, on the street, in places of work, at homes and motor parks are unimaginable.

The remark in the hearts and lips of the generality of our citizenry now among other pitiful ones are “nobody is safe again” and “who is next?”. That this latter-day challenge has obviously defied change of military helmsmen, plea for dialogue and call for military action or self defense is not contestable. It is obvious that we have employed all but to no avail. Instead of getting better, things are getting worse.

This too was the case with the Egyptians that held children of Israel in bondage for 430 years (Exodus 12:40-41). As a result of King Pharaoh’s stubbornness and wickedness cascading in his determination to hold on to power over the Israelites, God’s anger was ventilated on his people and they consequently passed through lots of hardship.

From our text, God now announced to Moses that the angel of death was going to visit Egypt but whatever doorpost that the blood is seen, death would pass such a household over. Besides what happened, God instructed that the Passover must be a memorial. True to God’s word, the following morning, there was weeping and wailing in the household of the Egyptians over the loss of their first born children but the household of the Israelites were spared because of the blood of the lamb on the lintel of their houses (Exodus 12:30).

It is illogical to assume that ‘ordinary blood’ can wade off the angel of death but Paul told the Corinthians that “God uses the foolish things of this world to confound the wise” (1 Corinthians 1:27). The things that are seemingly useless with human beings are very useful tool in God’s hands. When Samson was to face the Philistines, he used the ‘ordinary jawbone of an ass’ to slaughter thousands of men (Judges 15:15-17).

When the Midianites and Amalekites that “lay along in the valley like grasshoppers for multitude; and their camels were without number, as the sand by the sea side for multitude” waged war against Israel, God asked Jerubaal (also called Gideon) to deploy an army of 300 men as against 32,000 that volunteered to fight and with that insignificant army they triumphed over the huge army (Judges 7:1-12).

Not only that, with ‘ordinary songs and praises’ Judah destroyed the armies of the Ammonites, Edomites and Moabites (2 Chronicles 20). When the axe-head was lost by the sons of the prophet to River Jordan, ‘an ordinary stick’ was thrown into the river by the man of God which prompted the axe-head to jump up from the belly of the river while the stick sank (2 Kings 6:1-7). It was also an ‘ordinary stone’ in the hand of David that destroyed the intimidating Goliath (1 Samuel 17:49).

It is by same token that God holds the matter of blood very dearly. When Cain killed his brother, God told him that “the blood of your brother is crying from the ground” (Genesis 4:9-10). In Leviticus 17:11, He explained it further that “the life of the flesh is in the blood”.

This is the foundation of the Holy Communion which Jesus Christ gave to His disciples as a memorial that must be duly observed in remembrance of Him (Luke 22:19). The blood of Jesus Christ might look ordinary to unbelievers but the blood of the lamb that was slain has potency above the blood of bulls and goats for cleansing from sin and protection in times of evil ( Hebrews 9:13-15).

In the New testament, and on a day like this (Maundy Thursday), Jesus Christ instituted the Holy Eucharist (Matthew 26:26-28) and He enjoined that the Holy Communion must be done in His remembrance (Luke 22:19). The Holy Communion, apart from having power to protect from the hands of angels of death that have pervaded the land, it also enlightens one’s eyes of understanding, provides insight and gives direction (Ephesians 1:18 cf Luke 24:30-35).

This becomes expedient at such a time in our national life that people and nationals are suffering and dying prematurely despite God’s blessings on our land and the pervasive opportunities He has loathed us with.

With the Holy Communion, God opens inner eyes to see latent opportunities and He did when He opened the eyes of Hagar and she saw the well. She was saved along with her son from death. Not only that, the Holy Communion opens the window for divine favour, grace and unmerited blessings ((cf Acts 2:46-47). Lastly, the Holy Communion facilitates long life, good health and showers of blessings. Paul told the Corinthians in 1 Corinthians 11:29-30 that people sleep, fall sick and die when the Communion isn’t well administered and taken.

To enable you get maximum advantage of the Holy Communion, it is important to first examine yourself (I Corinthians 11:27-28, 11:18, 21-22). You must also surrender your life to Jesus Christ and endeavour to live a holy life henceforth. As a follow up to that, the Holy Communion must be taken reverently, not with disrespect to the poor and needy, and must not be taken with unbelief.

As you partake of the Holy Communion, may God protect your family members from the devil’s onslaught, incapacitate powers of wickedness in our land, bless our dear country and give us a new dawn of economic revival, security across the length and breadth of the land, improved infrastructure, honesty among our leaders, selflessness in high places and prosperity for all, in Jesus’ name.

Continue Reading
You may also like...
Related Topics:easter, sermon