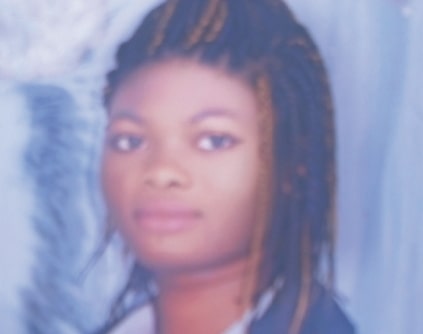 April 12, 2019 was like no other day to Miss Margaret Stanley, 23, an auxiliary teacher in one of the private schools in Aba, the commercial hub of Abia State. It was day her employer, in the spirit of the approaching Easter break, paid her salary before the end of the month. Acquaintances who saw her said it was, perhaps, one of her happiest days. But it turned out to be her last on earth.

On that fateful day, Margaret who hailed from Ezealayi, Alayi, in Bende Local Government of the state, and the first among six children, was in their house off Road 8, Federal Housing Estate, Ogbor Hill, Aba, when her phone rang asking her to come and collect her salary for the month. The call was from the proprietor of the school where she used to teach before her death.

Time was 11 am. An elated Margaret allegedly hurriedly dressed up and moments later, she was back in the house with the paltry amount that went for her salary. With the money in her hand, she decided to pick up few clothes for the Easter. Hence she set out for the market but she never returned alive.

How the lady was killed

Narrating what happened to Saturday Sun, Margaret’s father, Mr. Stanley Okoronkwo, a carpenter, said he had gone to work in the morning of that day to change somebody’s leaking roof. On his way back around 1 pm, on getting to Road 8, he saw people gathered and curiosity drew him to the scene to see what the gathering was all about. On getting there, he was shocked to see his daughter lying helpless in the pool of her own blood.

“My daughter went to their school in the morning of that day to receive her salary,” he said. “After a while, she came back to the house and told us she wanted to go to the market to buy some clothes with the money she was paid. After changing the clothes she wore to the school with another one, she left our house and was walking along Road 8 inside the Federal Housing Estate, Ogbor Hill which is very close to where we are residing. On getting to the front of the Methodist Church located within the area, according to eyewitness, three young men operating in a tricycle accosted her.

“According to people who witnessed the incident, one of them came down and at gunpoint ordered her to enter into the tricycle. But she refused and asked why. The next thing everybody heard was a loud sound of the gun. The bullet hit her on the forehead and my daughter slumped on the ground. The people watching from afar, on hearing the gunshot, ran in different directions, for safety. According to them, after shooting her, they collected the money on her, her phone and her mother’s phone she wanted to recharge the battery in a relation’s house on Road 8.”

On getting to the scene and realising that the lady lying on the ground is his own daughter, Okoronkwo raised alarm. Not long after that, a friend of the family, one Emmanuel Nwanma, brought his car and rushed Margaret, first to Azuka Police Station to lodge a formal report and obtain police permit before taking her to hospital. But these efforts notwithstanding, she succumbed to the cold hands of death within an hour of being wheeled into the theatre where doctors battled in vain to remove the bullet said to be buried in her skull.

“We later deposited her corpse in the hospital’s morgue,” her devastated father said. “I had planned to take her corpse home for burial in our home town, but I didn’t have the money to hire an ambulance because I had been home for about six weeks before the incident happened, following the injury I sustained while working. As I speak, I don’t have the money for her burial. She was not sick to make us prepare for any outcome.”

As if the burden of having to look for money with which to carry his daughter’s corpse home for burial is not enough, police insistence on carrying out an autopsy on her body at his expense, is, right now, as you read this, giving him sleepless night.

“When she died, police said the body should be deposited in the mortuary and that they should be given the mortuary tag which we allowed them have,” Okoronkwo recounted. “The following day, I went back to the police station to allow me convey the corpse home since I don’t have money. They told me what I never expected: that there was no way we could take the corpse without autopsy being conducted and that I should pay N500,000 for that. I told them I had not eaten because I had no money, even if I had, that everybody knows she died as a result of gunshot. They insisted that autopsy must be carried out but I don’t have any money for that. With this, I am regretting reporting the matter to police; I could have taken my daughter straight to the village for burial. I thought they would be of help to me but now they are adding to my burden by requesting me to pay for the autopsy.”

He said his slain daughter got admission twice to study in two different universities, but due to his poor financial position, he was unable to send her to the university. Okoronkwo who is still trying to understand why the hoodlums came after his daughter, wants police authorities to release her corpse for burial.

Asked to guess the intention of the men of underworld who snuffed the life out of his daughter, he said:

“I’m confused over the motive behind her murder, whether it was an act of assassination, kidnap or armed robbery, I really cannot tell. If I were asked, I would say they came to assassinate her because if it were to be a case of kidnapping, they would have bundled her into the tricycle they came with and left.

If it were to be a case of armed robbery, I did not see the power she had over the three men to make them not to overcome her and collect whatever they wanted and go. To buttress my point, they never robbed any other person within the area. If they did not intend to kill her, they would not have shot her on the forehead.”