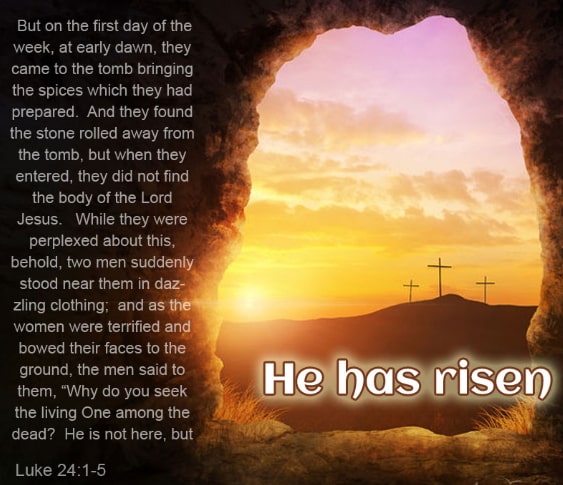 The First Easter Sunday, It’s Witnesses And Some Questions

Apostle Paul said unequivocally that the resurrection of Jesus Christ is the foundation of the Christian faith. In other words, if Jesus didn’t rise, Christianity is false.

Like many men throughout history, I suppose there are very good reasons to believe in the resurrection story.

Recall that in previous articles, we established the reliability of the gospel accounts, and added to that, there are many experts who have made a very good case against the ‘Miracles Are Impossible’ argument, which are aimed at disproving the resurrection stories.

There is almost no scholar today who doesn’t agree that the birth, teachings, miracles, indisputable death by crucifixion outside of Jerusalem, and burial of Jesus in a tomb not far from where he was killed, are facts of history.

Even skeptical scholars, i.e. Irish-American John D. Crossan, in his book ‘Jesus: A revolutionary Biography’ said; “Jesus’ death by crucifixion under Pilate is as sure as anything historical can ever be”. Mark 15:42 and Apostle Paul at 1 Corinthians 15:3 corroborated this fact also.

The highly revered Jewish historian Josephus also substantiated what Prophet Moses wrote in Deuteronomy 21:23 that Jewish laws demanded that even foreigners and criminals who were executed by the State must be buried.

The issue now however, is not about Jesus’ death and burial, but about what actually happened on that first Easter morning.

But Christians throughout history have not ceased to insist that Jesus did indeed rise and that the disciples witnessed it.

Joining countless scholars, American New Testament researcher Bart Ehrman says “I don’t doubt at all some disciples claimed this… Paul, writing about 25 years later, indicates that this is what they claimed, and I don’t think he is making it up…”

Would a religion so great no other has rivaled it in all history have arisen from a mere fabricated story?

Skeptics would say ‘yes, that is very possible’ and would even argue that people claim they see all sort of things, so why should we take the disciples’ claim about Jesus’ resurrection serious?  But if you accept the reliability of the gospels, this would not be a problem. Yes, people die for things that are not necessarily true, but do they die for something they know for sure was false? Did the apostles die for a belief, no! They died for what they said they saw, not a belief.

The disciples were not expecting Jesus to rise even though he promised to, and when they witnessed his resurrection, they didn’t proclaim it under duress.

We are told Jesus appeared to groups of people at once. Having in mind that scientists insist that group hallucinations are very rare or may even be nonexistent, how possible is it for a group of 500, as Apostle Paul mentioned, to be fooled at the same time?

If the disciples hallucinated or made up stories, why would they preach Jesus’ bodily appearance rather than a spiritual one?  At least there were men at the time who were familiar with visions and even many of them had claimed to have seen some.

Why would they, especially Jesus’ brother Saint James, who we know did not initially believe in his brother as the messiah, lie about his resurrection?  Apostle Paul was at the top of his profession at the time, he was a respected and powerful religious leader with great pride, why would he convert, lie about something fabricated and forfeit everything for it?

A dying and rising messiah was not part of Second-Temple Judaism belief. So why would someone like James rush to Jerusalem and be caught up in a fabricated group ecstasy when it would have made sense that Jesus’ execution as a criminal, would have supported his continued unbelief rather than his conversion?

Though the message of Jesus’ resurrection may sound warm and loving to Christians today, to the ancient Jewish culture that thrived on honour, such a message was disgusting. To the enemies of Christianity then, they could not imagine a Son of God dying a disgraceful death. In fact, such a message was enough to truncate the new religion.

The Jews, to whom Jesus belonged, expected a conquering Messiah not one shamefully crucified. Yet this was the message that a few persecuted disciples proclaimed. Can all their zeal be based on a lie, conspiracy or hallucination?

Another point to consider is that the ancient Jewish world considered women lower than men and so did not rate their testimonies high. In fact, Josephus in his Antiquities wrote “let not the testimony of women be admitted…” and the Talmud also said “any evidence which a woman (gives) is not valid (to offer)” yet, in the gospels resurrection stories, women were the first and primary witnesses to the empty tomb, is it reasonable to use women to proclaim a manufactured story in a society that didn’t respect their witness?

N.T Wright sums it all up when he said “as historians, we are obliged to comment that if these stories have been made up… then we will never had had Mary Magdalene in this role. To put Mary there is …to us as historians… something …the early Christians would never, never have made up…”

When Jesus died, the disciples remained in Jerusalem proclaiming his resurrection, why so? The historian Tacitus in his work Annals and Apostle Paul confirmed that Christianity began in Judea.  Do impostors act like that? Can you imagine that a people’s leader was shamefully executed and they remained where he was killed preaching hope? If the evidence were not in their favour, would they not have left like cult people do? A good example is when Joseph Smith of the Mormon left New York City with his followers when similar event occurred?

When people make up stories, they fled to places where they are not known, they don’t remain in a place where they are well known, where there are enough evidences to debunk them.

No one can deny that the early apostles suffered and died for the message of the resurrection.

From Tacitus, Suetonius to Josephus, Christian and non-Christian scholars alike all agree that the disciple suffered and died for the gospel. And this was despite the fact that in the ancient world, it was believed that people suffering were being punished and so needed to turn from their evil ways.  For the disciples, it was voluntary suffering, there was no gain attached.

Ok, who can satisfactorily tell us today what actually happened to Jesus’ body?  At least the location of the tomb was public knowledge.

Archeologists have found a stone named ‘Nazareth Stone’ which was from around 41 AD, with an inscription of a Roman Decree about a missing body. Why would the Romans authorities make such a decree?

This problem led to the disciples being accused of having stole the body, but if they really did, why would they help spread the rumour by recording it in the gospels for future generations to see?

And how would they have smuggled a life size body through the crowded city of Jerusalem at that time of Passover when the town would have been filled to capacity?

Rather than argue about that first Easter Sunday, let us believe and celebrate it as hope for all mankind…

Afeso Akanbi is a writer, filmmaker and humanitarian. He lives in Abuja, Nigeria.

Continue Reading
You may also like...
Related Topics:easter, risen, Sunday

New Zealand Shooting And The Islamists Connection Part 2
Apostle Suleman, His Private Jet And The Gospel Of Jesus