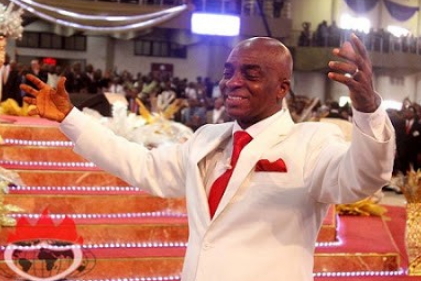 If you do not believe in the power of ministering angels, this testimony should give you a change of mind.

Here is the testimony of a Pastor of the Living Faith Church in Kwara state who escaped the fatal armed robbery that claimed the lives of many on Thursday the 5th of April 2018 in Offa.

Read the testimony shared on Whatsapp below:

“The Pastor who was on his way for an evening service alongside his family members, on the fateful day stopped to use the ATM (Automated Teller Machine ) at GT Bank

On seeing the neatly suited pastor, the robbers mistook him for the bank manager and they held him and ordered him to lead them safely to the bank’s vault.

The innocent pastor cried out and explained he is a pastor going for an evening church programme. He told them he had only stopped to make withdrawal from the ATM.

The robbers would not believe his claim, shot rapidly and killed people (number not confirmed) in the bank to scare the pastor, who they thought was the bank manager.

They ordered everyone holding their ATM cards to make instant transfers from the machine to their (the robbers) account, which the customers all did.

The pastor was ordered to slot in his own credit card and make transfer just like every other bank customer present, he obeyed the order, but something strange happened!

While he was trying to insert his card, the machine went completely blank!

Angrily, the robbers questioned his (the pastor) identity and at this time became totally upset and ready to shoot dead, the pastor.

One of the robbers questioned him, “Who are you?” the pastor replied he is a pastor at the living Faith Church in the town and that he only came to make withdrawal at the ATM stand.

To further clear himself, he pointed at his car and that his children are in the car waiting for him.

According to the pastor, one of the robbers ran to his car, brought out his children, hid them from his ruthless co-robbers lest they direct their aggression at the innocent kids.

It didn’t stop there. The robber was said to even consoled one of the pastor’s kids who was crying and saying, “don’t kill my daddy” and gave her N500 to reportedly buy “puff puff” and stop crying so his gang members won’t be attracted to them.

In conclusion, the robbers let go of the pastor unhurt, took his car and drove off and later took his children with them as hostages.

But to the glory of God, the children were found about 10 minutes after the horrible incidents and the car recovered the next day.

To God be the glory. This testimony moved me to the marrow.
I was in a Winners’ church when the pastor shared this testimony. Their were two other members, a policeman who had just left the Police station where all living beings were shot dead by the evil robbers before their robbery began.

Another member, a businessman who had gone for a business transaction at the GTBank was also kept alongside his colleagues amidst the violent attack.

There is no doubt God is truly faithful. It took only God to have exempted all his children from such tight situations.”