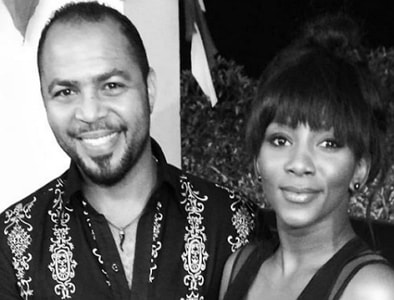 Nollywood actor Ramsey Nouah, has credited the ban imposed on a select list of top actors over a decade ago with giving birth to the wave of Nollywood movies in cinemas.

Speaking to Pulse as part of the promotional tours for his new movie, Crazy People days ago, the ‘76 actor said the impact of the ban paved way for the cinema era being witnessed at present.

“That’s the bridge between the Nollywood that we had and the new Nollywood, which is the cinemas,” he said while acting to the ban of actors better known as the G8, made up of Omotola Jalade-Ekeinde, Richard Mofe Damijo, Genevieve Nnaji, Emeka Ike, Ramsey Nouah, Nkem Owoh, Stella Damasus and Jim Iyke.

Alleged to be charging exorbitant fees because they were the preferred names in the idnsutry at the time, the marketers decided to ban the actors from starring in a movie for one year, a decision that didn’t just polarise the industry but infuriated loyal fans. “So that bracket gave birth to the cinema.

The cinema started and then we started making movies for the cinemas since the DVD market was beginning to think that they owned it [all] and could decide to turn someone’s life around,” Nouah, who shot to limelight over 20 years ago, said.“We just delved into it [cinema business] and as you can see, an alternative market. Now the DVD market is almost dead and gone. There’s so much piracy going on there.

It’s not a regulated market so even if you make your big movies and you want to take it to DVD, it’s selling little or nothing,” he added. Also touching on being relevant on the Nigerian entertainment scene several years after making his debut, he said it is all about passion.

“I love the art and I give it my all. So that has really helped, sailed me through and made me constant. And I go with the tide. I flow with the demography of the generation that has been from that time till now.

It has really aided me a lot. And of course, as I said, because I am passion-driven, I go for very good jobs. I pick my characters and my script so I can stay relevant,” he enthused.

Continue Reading
You may also like...
Related Topics:actors, ban, g8