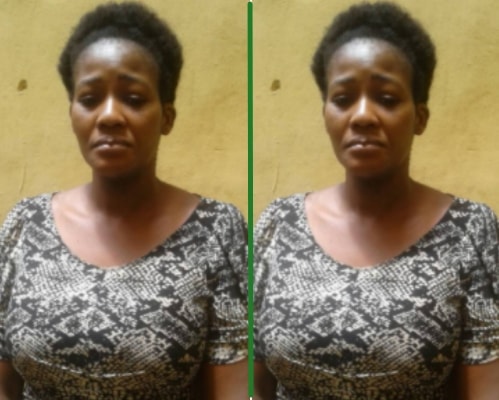 Mrs Nkiruka Ngwu, a 36-year-old mother of 4 has been arrested for allegedly abusing her housemaid at Allen Avenue in Lagos. Ngwu was said to have brought the 10-year-old girl, Chioma Samuel, from Abia State to Lagos in January to stay with her, after girl’s father’s death.

The incident occurred at No. 47, Ogundana Street off Allen Avenue, Ikeja, on Friday. It was learnt that instead of Ngwu to keep to her promise of making life comfortable for Chioma, she made it a living hell. Ngwu was said to have abused the girl mentally and physically and inflicted injuries on her body. The woman, on Wednesday, allegedly used hot iron to cause grievous injuries on the girl’s hands and legs. Ngwu was also alleged to have poured hot water on Chioma’s body, which scalded her skin.

The following morning, Chioma accompanied Ngwu to drop her children at school. It was there some mothers noticed her injuries and started asking questions. The state Police Public Relations Officer (PPRO), Chike Oti, confirmed the story.

“After questioning the girl, the women waited for her Madam who had gone to drop her children in their different classrooms. Immediately she came out, and was about to drive off, the women confronted her and almost mobbed her. The angry women were calmed by some teachers who heard their voices.

The women then ordered the woman to take the girl to the hospital or else they would petition the Commissioner of Police Lagos State, Imohimi Edgal.” Despite the women’s warnings, Ngwu, on Friday, came to the school with Chioma to drop her children. The women noticed that Chioma’s wounds were still untreated. 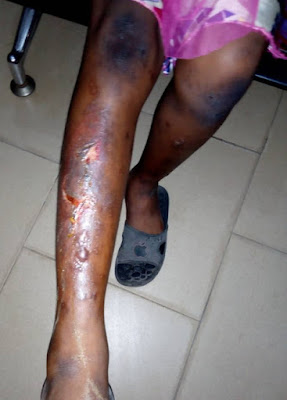 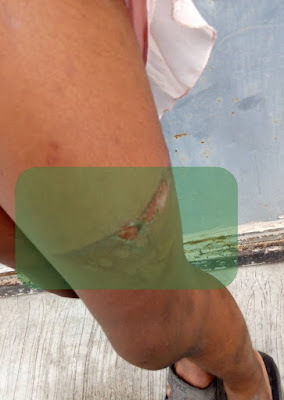 On seeing that their warnings were taken for granted, the women called Edgal. Edgal was said to have immediately ordered Ngwu’s arrest.

“Our able police commissioner also instructed that the girl should be fed very well until Social Welfare Department of the Lagos State government comes for the girl. The suspect would be charged to court on Monday.”