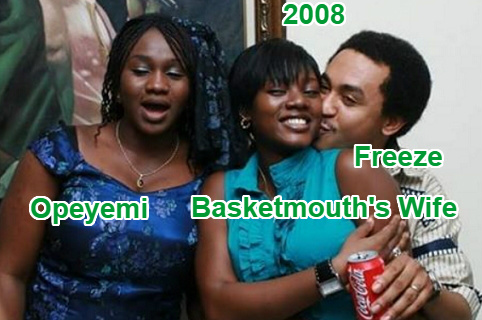 Last year, controversial OAP Daddy Freeze dumped his ex-wife Opeyemi Olarinde for his Abuja-based sugar mummy after he called her out for being violent.

Few months later, he moved on and since then, he has never stopped getting into other people’s matter.

His last attempt aimed at tarnishing comedian Basketmouth’s wife image almost cost him his job if not for divine intervention.

To dissociate herself from Daddy Freeze’s Brouahaha, Basketmouth’s wife, Elsie shared the above photo of the OAP and his ex-wife Opeyemi at her baby dedication in 2008 with the caption below.

Comedian Bovi later waded into the mess to give Freeze a piece of his mind. 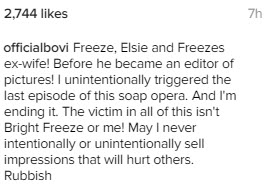 Photos: Drake & Rihanna Caught Kissing On Stage In Miami Florida…They’re Officially Dating
A Must Read Motivational Story For All Women Struggling To Love Their Husbands