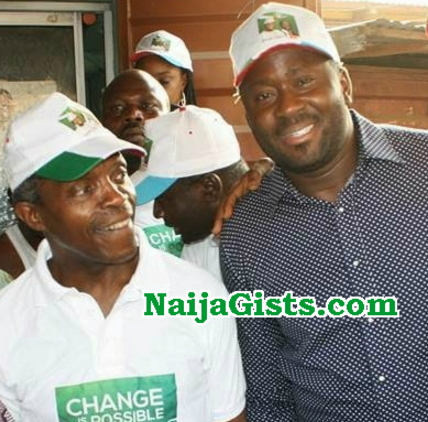 Oct 16, 2016 – How Desmond Elliott Lobbied Osinbajo To Secure N100Million For Super Eagles To Fly To Zambia

We learnt that NFF President Amaju Pinnick out of desperation contacted Desmond Elliott who connected him with VP Osinbajo, who now directed an emergency memo to be put up and routed through the sports minister.

At the end, the Federal Government released 100 million to the Nigerian Football Federation for the World Cup qualifier.